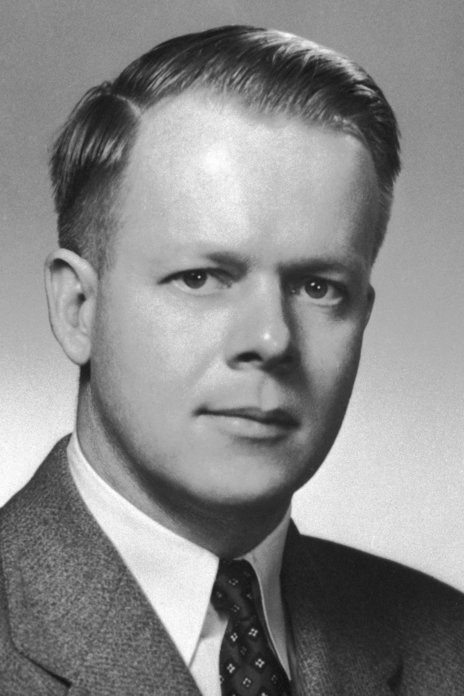 In 1949, Thomas Weller, with John Enders and Frederick Robbins developed tissue culture techniques that revolutionized virology. Their ability to grow an endless supply of viruses in tests tubes made it possible for vaccines to be created for many viral diseases. Their marked success was with the poliovirus. They were awarded the Nobel Prize for their research on it in 1954.
During the first half of the 20th century, no illness inspired more dread and panic than did polio. It came in epidemics and mainly infected children in the summer, creating great scares for parents. Polio is a highly infectious disease caused by the poliomyelitis virus. It invades the nervous system, and can cause total paralysis in only a few hours. The virus enters the body through the mouth and multiplies in the intestine. Initial symptoms are fever, fatigue, headache, vomiting, stiffness in the neck and pain in the limbs. One in 200 infections leads to irreversible paralysis (usually in the legs). Among those paralyzed, 5% to 10% die when their breathing muscles become immobilized. Before 1949 scientists had trouble growing any viruses in tests tubes. Instead they infected animals such as monkeys, letting them get sick, which made investigating a virus or developing a vaccine very difficult.

Weller was a precocious medical student who became interested in research. Seeking to learn new techniques, in 1939 he began a tutorial research project in Dr. John Enders' lab, where he was introduced to the field of virus research and tissue-culture techniques. He and his classmate Larry Kingsland, along with Dr. Alto Feller and Enders performed an experiment that was able to grow a virus in a test tube for the unheard of time of nine weeks. Its revolutionary impact was interrupted by World War II. After the war, in 1947, Weller rejoined Dr. Enders as he was creating a new department, the Research Division of Infectious Diseases at the Children's Medical Centre in Boston. Soon after they began their research Weller modeled an experiment after some of his previous experiments, seeking to grow viruses in test tubes over time as they had done in 1940. Success in that experiment was the beginning of the lab's long line of successful experiments that laid the groundwork for growing and experimenting with viruses in test tubes. These advances were as revolutionary as the advances in the 1880s that led to microbiology, allowing endless experiments on bacteria. Their techniques completed changed virology, making the identification of many new viruses possible as well as growing enough viruses to make lots of different vaccines.

Using their tissue culture methods of growing the virus, Jonas Salk quickly developed the inactivated (killed) polio vaccine in 1953. Also using their techniques, Albert Sabin created the attenuated polio vaccine that was later used throughout much of the world. Mass immunization began to slow polio's spread in the 1950's, and in 1979 the last case of wild polio occurred in the United States. The Global Polio Eradication Initiative was launched in 1988 and the number of cases has fallen by over 99% worldwide. In 2008, only four countries, Afghanistan and Pakistan still have naturally occuring polio.

Weller left Children's Hospital in 1954 and spent his subsequent years as chairman of Harvard's Department of Tropical Public Health, inspiring another generation to save lives, including Bill Foege, on our lifesaver list for helping eradicating smallpox. His other research included studying the virus that causes chickenpox, where he showed that it was the same virus that causes the skin disease known as shingles (herpes zoster). He also isolated cytomegalovirus, and in 1962, he isolated the virus that causes rubella (German measles).

Snippets
One day when Thomas Weller prepared flasks with a broth to try to grow chickenpox, he had four flasks left over. As an afterthought, he put some poliovirus in those. A week or so later he tested the chicken pox flasks and was disappointed.  It had not grown.  He took the polio fluids and injected them into the brains of five mice. A week later one became paralyzed, then died.  Three other mice died.  This was the first evidence that poliovirus could be grown in non-nerve cells and set the stage for endless polio studies and a vaccine.