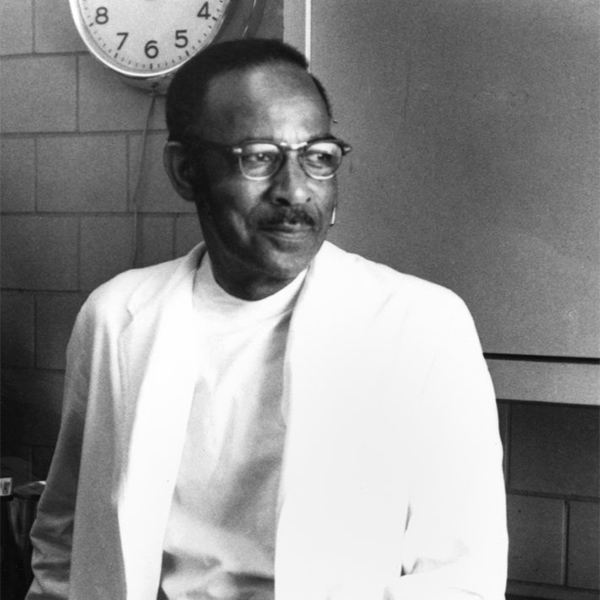 The bank crash of 1930 wiped out a young man's entire savings, destroying his dream of going to medical school. But, this didn't stop him from going on to revolutionize the medical profession. That man was Vivien Thomas, an aspiring physician. His lack of funds forced him to drop out of college and, with work hard to come by amidst the Great Depression, he took a job at Vanderbilt University as a lab assistant to Dr. Alfred Blalock.  In an era where institutional racism was the norm, Thomas was classified and paid as a janitor due to being African-American, despite the fact that by the mid-1930s he was doing the work of a post-doctoral researcher in Blalock's lab. This began a decades-long association, during which the pair became a creative and formidable force in helping to forge the new "golden age" of heart surgery.

Thomas was a quick study, with particularly skilful hands. He worked diligently and learned to perform surgical operations, chemical reaction procedures and data analysis with precision. His quiet dedication to the experiments was invaluable. When Blalock moved to Johns Hopkins in 1941, he asked Thomas to accompany him. Thomas joined Blalock's surgical team.  Soon, Helen Taussig, a cardiologist asked Blalock and Thomas to design a heart operation for Blue Babies (Tetralogy of Fallot).  Tetralogy of Fallot is a congenital defect involving multiple abnormalities of the heart. The condition causes blood to be diverted past the lungs, resulting in a lack of vital oxygen being transported throughout the body. It's this oxygen deprivation that causes the infant's bluish color (cyanosis) and gives the syndrome its name. About 1/3,500 babies are born with this heart defect. Before Taussig, Thomas and Blalock developed the Blue Baby operation, 25 percent of babies born with this condition died before their first birthday. By the age of ten, 70 percent would die. The procedure to correct Blue Baby was painstakingly worked out by the team. Ultimately, they joined an artery leaving the heart to an artery leading back to the lungs. This gave the blood a second opportunity to absorb the critical oxygen and transport it throughout the body. This became known at the time as the Blalock-Taussig shunt.  It is now properly recognized as the Blalock-Taussig-Thomas shunt. Thomas perfected the surgery by operating on dogs. Then the team realized that delicate instruments were needed to perform the corrective heart surgery on their tiny newborn patients. Since no such instruments then existed, Thomas designed and built them himself.  At length, Thomas and Blalock believed it had been perfected and they were ready to operate on a baby.

The first operation was performed on November 29, 1944. When the baby's blue face turned pink from the now oxygenated blood, Thomas was elated. He later said, "You have never seen anything so dramatic. It was almost a miracle." The promise the procedure held was quickly recognized and, within the first year, more than 200 operations were performed. Since the 1940s, countless infants have benefited from Thomas and Blalock's remarkable discovery. In addition to treating Blue Baby, this technique was also adapted to treat patients with a variety of other heart diseases.

Dr. Levi Watkin, of Johns Hopkins University, described Thomas as, "the most un-talked about, unappreciated, unknown giant in the African American community. What he helped facilitate impacted people all over the world." Recently, Vivien Thomas' fascinating story has been the inspiration for the PBS documentary, "Partners of The Heart" and the HBO film, "Something The Lord Made." Though Thomas' intelligence, dexterity and determination were critical to Blalock's success, it was over 25 years before he was given proper public credit for his role in devising the Blue Baby surgery. In 1976, The Johns Hopkins University awarded him an honorary doctorate. Today, his portrait hangs in the lobby of the Blalock Building on The Johns Hopkins Hospital campus.

Lives Saved:  Over 1,000,000Snippets
August 2019
Hugh Michael Edenburn walked into the atrium at Johns Hopkins Children’s Center:
“Do you know who Vivien Thomas is?” he asked the nurses and doctors he encountered along the hospital’s hallways. “How about Helen Taussig?” Then he revealed, to their astonishment, who he was. He was Blue Baby #44. In 1945, knowing her son’s condition was terminal, his mother read of the new infant surgery in Collier’s magazine. She carted her son from Iowa to Baltimore for the revolutionary surgery. Now, 73 years later, Hugh Edenburn had returned. Asked why, he said, “I wanted to see the Christ statue and the portrait of Vivien Thomas….It’s really emotional for me.”

An era of Racism
Blalock’s approach to the issue of Thomas’s race was complicated and contradictory throughout their 34-year partnership. On one hand, he defended his choice of Thomas to his superiors at Vanderbilt and to Hopkins colleagues, and he insisted that Thomas accompany him in the operating room during the first series of blue baby operations. On the other hand, he was miserly in pay, academic acknowledgment, and social interaction outside of work.

For extra income Thomas sometimes resorted to working evenings as a bartender at private parties. At times this led to the peculiar circumstance of his serving drinks to people he had been teaching earlier in the day.

Thomas was known as a great surgical instructor in the 1940s. “Even if you’d never seen the surgery before, you could do it because Vivien made it look so simple,” the renowned surgeon Denton Cooley (who implanted the first artificial heart) told Washingtonian magazine in 1989. “There wasn’t a false move, not a wasted motion, when he operated.”

In 1976, Johns Hopkins University awarded the high school graduate VivenThomas, an honorary doctorate and named him an instructor of surgery.Thomas receiving his Honary Doctorate from Johns Hopkins in 1976      Vivien Thomas as a young man
Pictured are Thomas, Univ Pres. Muller, and Helen Taussig 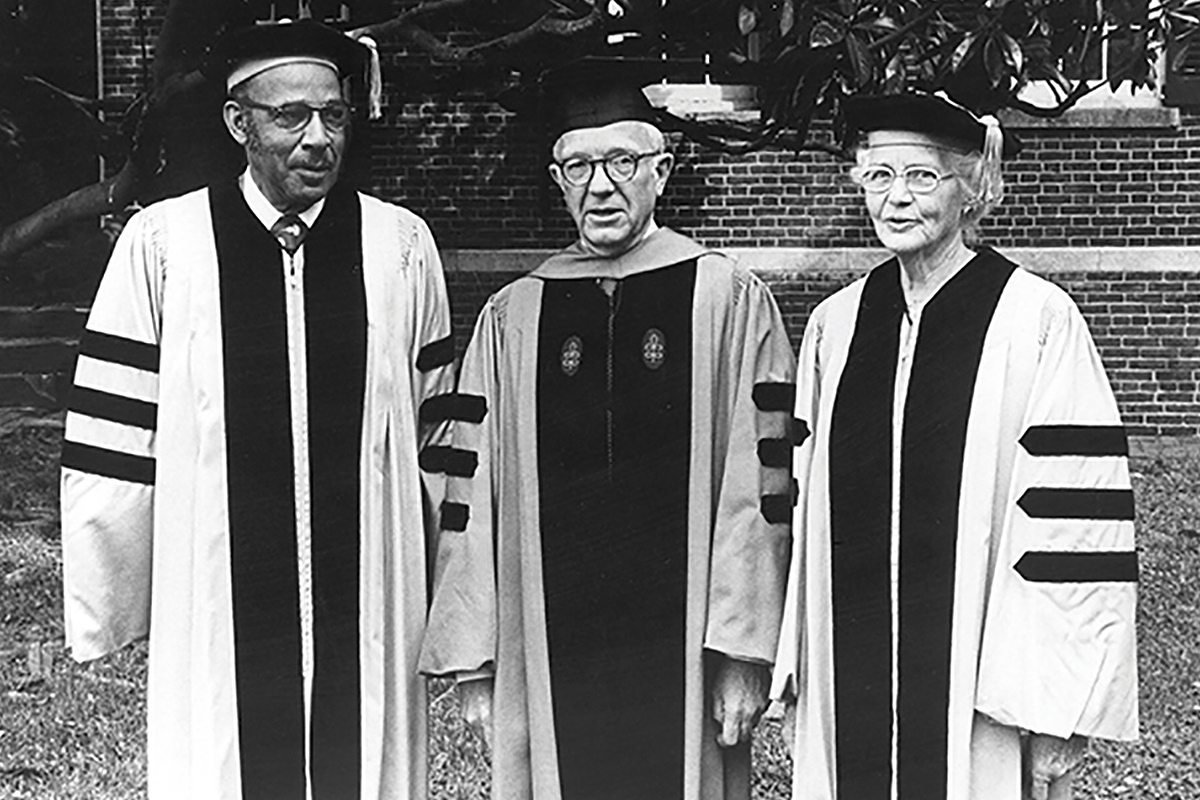 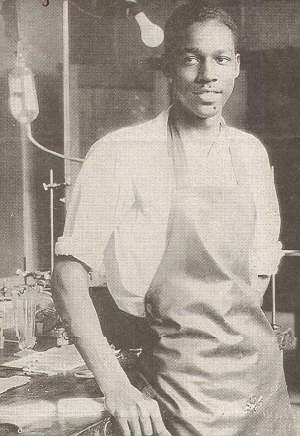 Something the Lord Made is Available on DVD, Netflix, & Amazon
Something the Lord Made tells the story of Vivien Thomas and Alfred Blalock. Better than most docudramas, the movie presents a nuanced history of two great scientists in an age of rampant racism in America. It shows the effects of prejudice on Thomas, an intellectual whose personality tended more toward quiet and studious, than confrontational. The science is presented well, telling the story of the first open heart surgeries, performed to make blue babies whole.