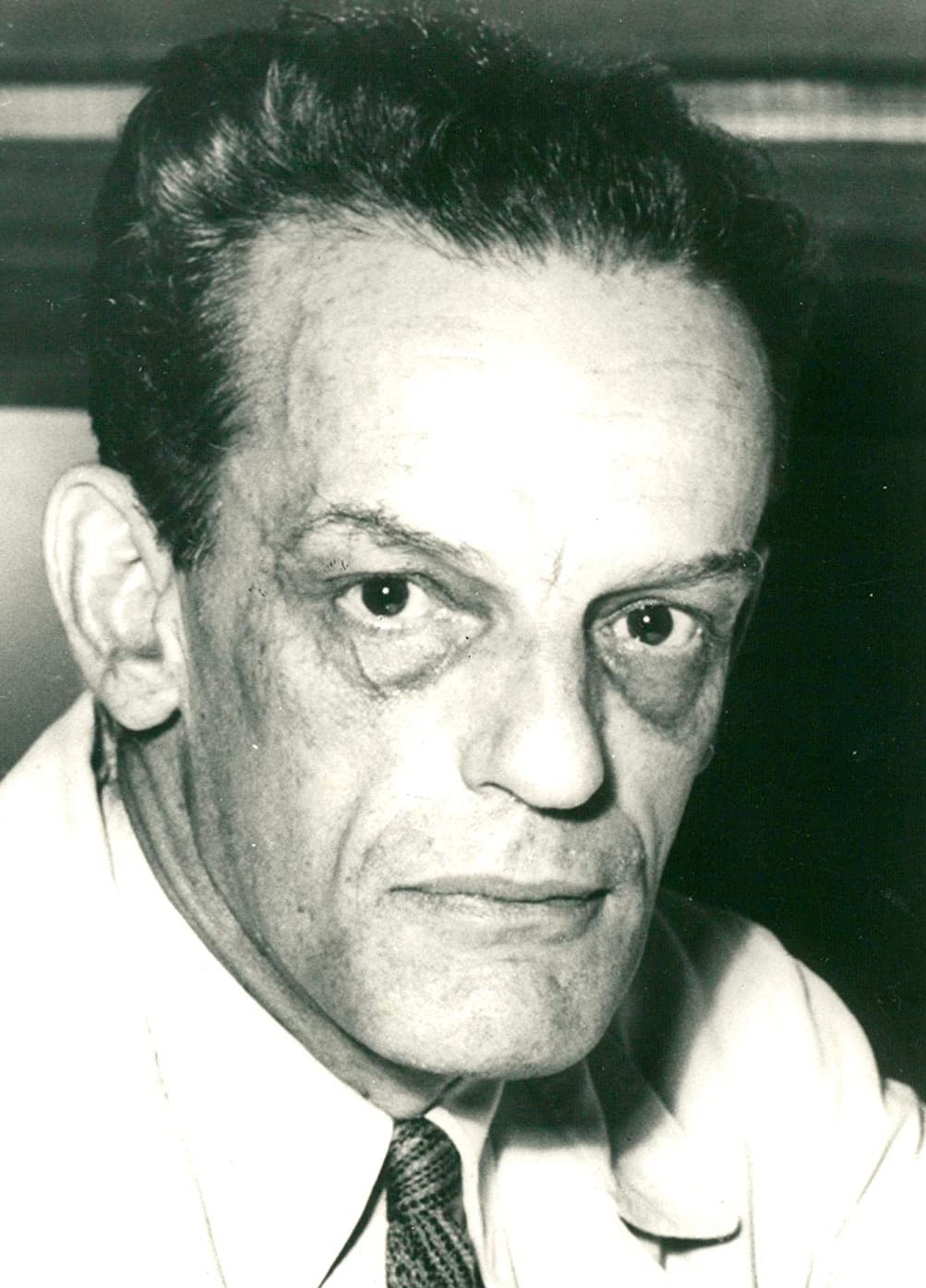 His Vaccine Had Stunning Success Against Yellow Fever

Sometimes a little frustration is a good thing. Theiler (pronounced Tyler) began his career with an earnest desire to see more being done. He felt there was a lack of cures for many serious illnesses and that many existing treatments were simply ineffective. After receiving his medical degree in London, he accepted a position at Harvard and began researching a variety of diseases, including amoebic dysentery and rat bite fever. But, returning to an illness he had first explored in England, Theiler soon turned his full attention to yellow fever. This was no small commitment, as researchers were at great risk of contracting the potentially fatal disease. In fact, Adrian Stokes, the scientist who first isolated the virus with which Theiler worked, was among those who died from yellow fever.

Yellow fever is a potentially fatal viral disease transmitted to humans through the bite of an infected mosquito. There is no cure or treatment once you get it. Human to human transmission does not occur, but infected individuals can still carry the disease to other regions through a process known as peridomestic transmission, in which an infected person first passes the disease to a mosquito, which then transfers it to another person. There is an incubation period of three to six days following infection, during which a person shows no symptoms. The person then enters the first phase of yellow fever, which include flu-lke symptoms such as high fever, chills, muscle pain, headache, and nausea. These symptoms subside after three to four days and the patient feels better. However, this is often just the "eye of the hurricane," and about 15 percent of patients enter a second, more serious "toxic phase" within 24 hours. The patient quickly develops jaundice, a yellowing of the skin caused by liver complications. Severe abdominal pain and vomiting follow. The patient may begin to bleed from the mouth, nose, and eyes. Internal bleeding may also occur, and blood may show up in the patient's vomit and feces. In the most severe cases, the kidneys begin to deteriorate and ultimately fail. 20-50% of the patients in this toxic phase die within the first ten to fourteen days. The other patients recover, typically without any significant organ damage.

Scientists before Theiler had relied on monkeys as the host to study yellow fever. This was not only costly, but also quite dangerous. Monkey-to-human transmission of the virus was possible - as had been confirmed by the tragic death of the researcher, Adrian Stokes. Theiler decided there had to be a better way. Though others had tried and failed to use mice for yellow fever research, Theiler made it work. He discovered that the virus needed to be injected directly into the mice's brains, instead of into their abdomens. This was a major breakthrough, allowing for a safer and much quicker research cycle.

Theiler also found that the mice injected with the virus developed encephalitis, a swelling of the brain, that got more acute with each successive culture. However, with each pass through mice, the same virus had less of an impact if it was injected into monkeys. This led Theiler to believe he could develop an "attenuated" vaccine - a vaccine in which the virus has been weakened to the point it will not cause damage, but will still produce an immune response. Others heard of Theiler's results, and he was invited to join the Rockefeller Foundation's Yellow Fever Laboratory (YFL) of Wilbur A. Sawyer. At YFL he discovered he could use chicken embryos to culture the virus. After completing 176 passes of the virus through chick embryos, Theiler tested the vaccine on two monkeys, both of whom survived and developed immunity to the yellow fever virus. Then, in a practice with a long tradition, he tested it on himself, to ensure it was safe. This was it! He named the vaccine 17D and the vaccine quickly became available for distribution worldwide. Theiler was awarded the 1951 Nobel Prize in Medicine for his efforts.

The success of Theiler's vaccine was stunning. With funding from the Rockefeller Foundation, over 28 million doses of the 17D vaccine were distributed between 1940 and 1947, making the disease uncommon in many areas.  The same17D vaccine is used to this day, with 99% of people vaccinated receiving immunity for their lifetime. Because mosquitos also infect primates and monkeys in the jungles, yellow fever will not disappear, so continual vaccination of the population in susceptable areas must continue. The World Health Organization estimates there are 200,000 new cases each year in South America and Africa, resulting in 30,000 deaths.

Written by science writer, Tim Anderson
Lives Saved:  Over 1,600,000Snippets
Not surprisingly, the highest yellow fever vaccination rate in the world is in the Amazon River basin, where in most areas nearly 100% of the population is vaccinated.

The World Health Organization (WHO) recommends an 80% vaccination rate of populations in Yellow Fever regions.  At that rate, the virus has difficulty staying alive in the mosquitos-who-bite-humans hosts.  And if it isn't in the mosquitos, humans will be safe from its scourge.

Research can be dangerous. In one 1925 West African research study, 3 of its scientists died from Yellow Fever.

During the 18th and 19th centuries, at least 25 major outbreaks killing hundreds of thousands occurred in America, including in New York City, Philadelphia, Baltimore and New Orleans. 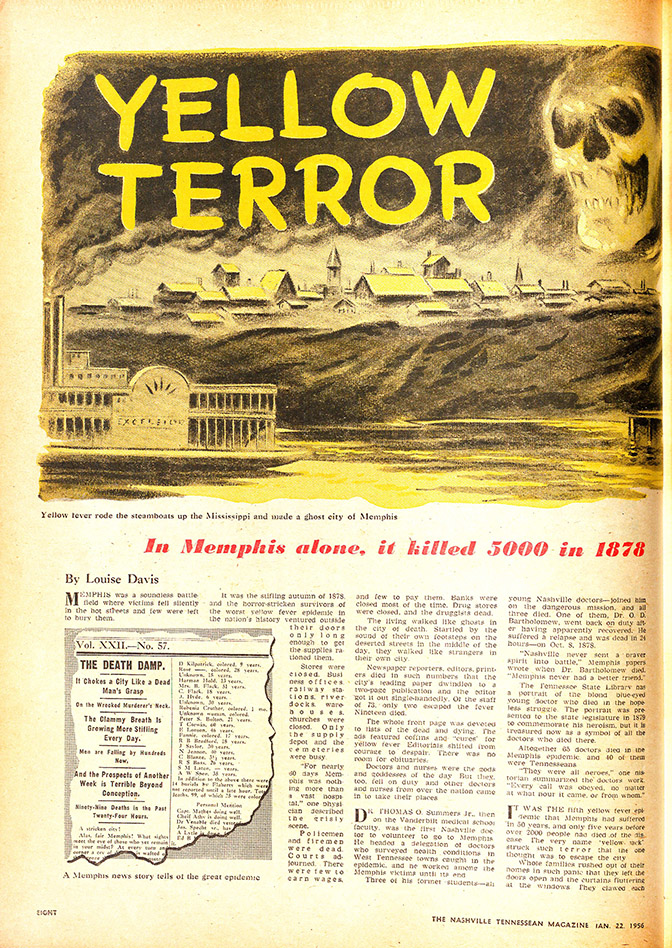 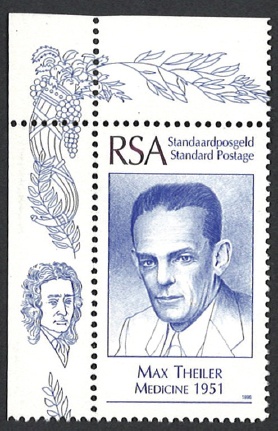