The Book
Who saved the most lives in history?
Ten Astounding Answers in The Book
Scientists Greater Than Einstein: The Biggest Lifesavers of the Twentieth Century

Scientists Greater than Einstein is the book by Billy Woodward, founder of ScienceHeroes.com. It is a celebration of ten, mostly unheralded scientists, four still living, who we interviewed. And what a rollicking read it is! First and foremost, the stories are personal. You will come to know each scientist, walking on air when they conquer death and empathizing with their frustration as they fight to get the medical community to recognize the potential of their discoveries. Truly global in scope, Scientists Greater than Einstein takes you on adventures all over the world, from America to Bangladesh, to Japan, Indonesia, Africa, and England. It ranges from sterile laboratories to jungle tents acting as hospitals, from remote missionary field stations to makeshift clinics in rural villages. This is science in the real world, amid civil wars and epidemics, involving clandestine nocturnal meetings and corporate politics.

Scientists Greater than Einstein does not shy away from the science. It not only takes you into the scientists' laboratories, but further, into their minds. Follow the greatest scientists of the twentieth century step by step, from insight to hypothesis, from experiment to fact, from skeptical administrators to public acceptance - and most importantly from facing death to giving life.

From the depths of human suffering to the exhilarating moments of insight, Scientists Greater than Einstein is the first book to celebrate those who saved the most lives in history. 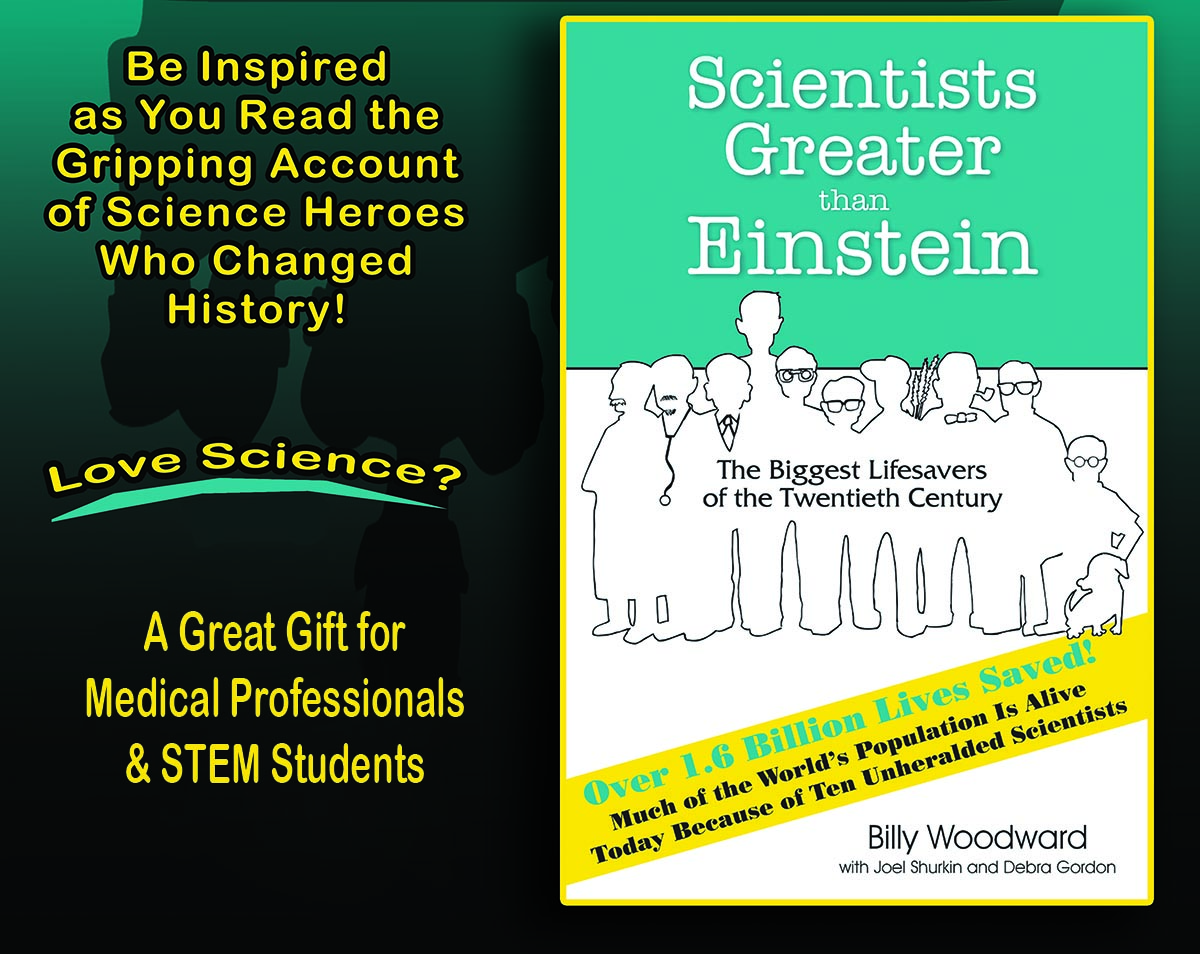 Order the Book on Amazon
Amazon

This engaging book is a fascinating read chronicling the genesis of scientific curiosity, the travails and myriad failures, and, ultimately, the triumphs of those researchers responsible for promoting the advancement and survival of mankind. It should promote bountiful discussion and would be an excellent library addition for students of science of all ages who seek to understand the price and impact of scientific progress.