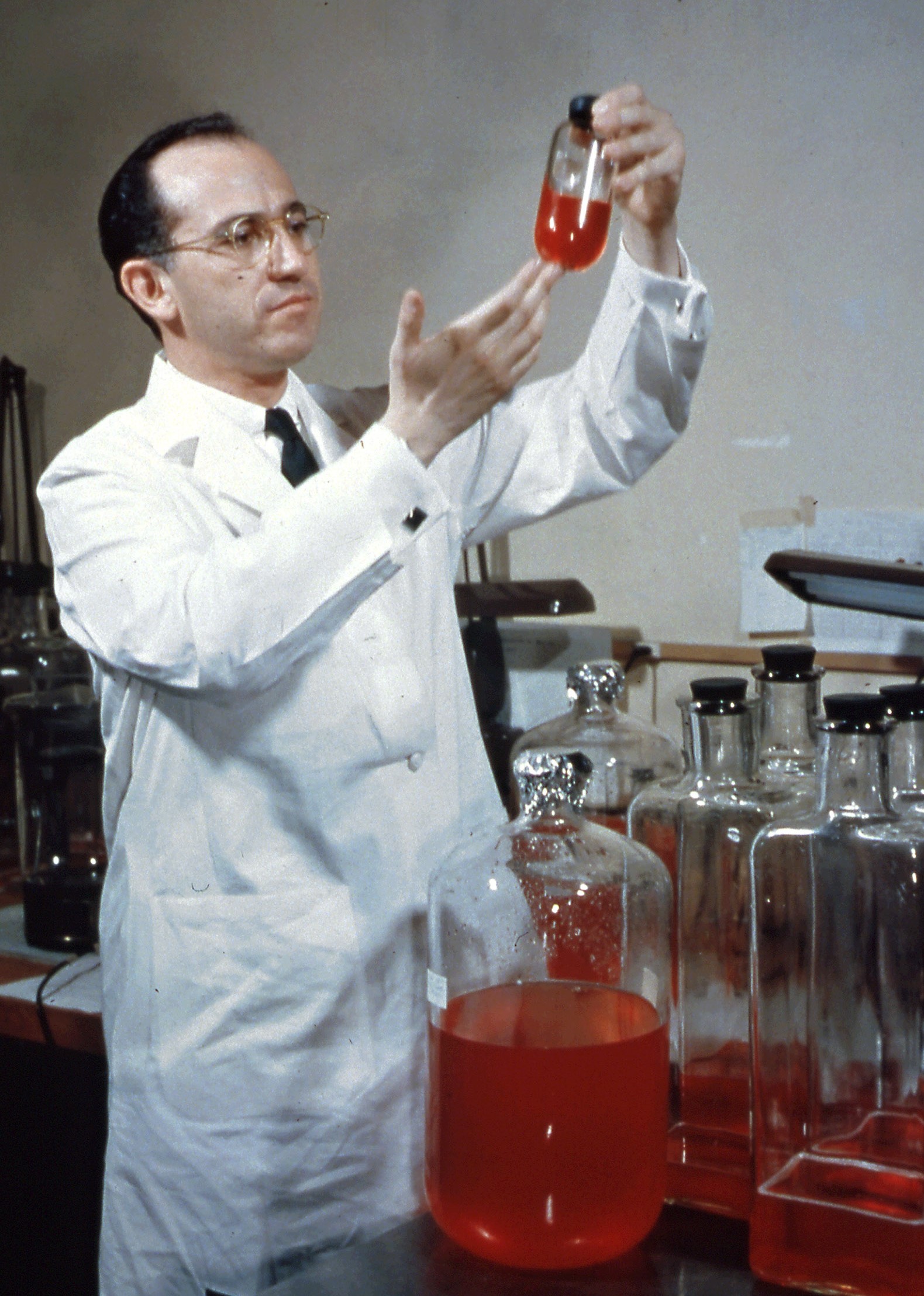 His Polio Vaccine Rescued the World's Children and Parents from Fear

Jonas Salk developed the first effective vaccine against polio. Before the Salk vaccine was released in 1955, American parents were terrorized by devastating summer polio epidemics, which seemed to increase in severity each year, to the point where 300,000 cases and 58,000 deaths were reported in 1952. Many victims were left paralyzed for life. Salk used virology techniques developed by John Enders, Frederick Robbins, and Thomas Weller to develop a "killed" polio vaccine, in which the virus was still intact enough to trigger an immune response, but not enough to sicken. On April 12, 1955, the day the vaccine was declared "safe and effective," Salk became a national hero in a way that no life scientist previously had, or has since. According to one historian, "April 12th had almost become a national holiday: people observed moments of silence, rang bells, honked horns, blew factory whistles, fired salutes, kept their red lights red in brief periods of tribute, took the rest of the day off, closed their schools or convoked fervid assemblies therein, drank toasts, hugged children, attended church, smiled at strangers, and forgave enemies." Within two years of the vaccine's release, over 100 million Americans had been immunized, as well as millions more around the globe. Naturally occurring polio was eliminated in the U.S. in 1979, and due to both Salk's killed vaccine and Albert Sabin's live vaccine, it has been nearly eradicated from the world, with the exception of a few thousand cases isolated in a few countries.  Because humans are its only host, one day it should be completely eradicated, never to harm again.
During the first half of the 20th century, no illness inspired more dread and panic than did polio. It came in epidemics and mainly infected children in the summer, creating great scares for parents. Polio is a highly infectious disease caused by a virus. The virus enters the body through the mouth and multiplies in the intestine. Initial symptoms are fever, fatigue, headache, vomiting, stiffness in the neck and pain in the limbs. Most infected patients recover, but in a minority of patients, the virus attacks the nervous system. One in 200 infections leads to irreversible paralysis (usually in the legs). Among those paralyzed, 5% to 10% die when their breathing muscles become immobilized.

Jonas Salk, the son of Russian-Jewish immigrants, grew up and got his education in New York City before going to Michigan to work on a flu vaccine. He joined the University of Pittsburgh Medical School in 1947, and proceeded to collaborate with the National Foundation for Infantile Paralysis (now the March of Dimes Foundation). The foundation agreed to fund Salk's investigation of a polio vaccine and he dedicated the next several years to his pursuit. Salk took advantage of the new tissue culture methods developed by John Enders and his team, who had discovered how to grow large quantities of viruses in test tubes. This breakthrough allowed for much more testing and manipulating of the virus into a vaccine. Following successful testing of his vaccine on monkeys, Salk turned to human testing. He conducted his first clinical trials at the D.T. Watson Home for Crippled Children, a school dedicated to the care and education of children with disabilities. The tests were successful, and Salk next tested the vaccine on volunteers - including himself, his wife, and his children. In 1954, he began a nationwide clinical trial involving two million children between the ages of six and nine.

For parents, the Salk vaccine was a godsend, with active polio cases plummeting by almost 90 percent in the first two years following its introduction. The last cases of naturally occurring paralytic polio in the United States were in 1979, when an outbreak struck several Amish communities in the Midwest. In 1963 Salk established the Jonas Salk Institute for Biological Studies. The center is a world-class research facility that concentrates on molecular biology and genetics, neurosciences, and plant biology.

Written by science writer, Tim Anderson
Lives Saved:  Over 1,000,000Snippets
Jonas Salk
I have had dreams and I have had nightmares, but I have conquered my nightmares because of my dreams.


On testing his polio vaccine on himself, his wife, and his three sons
It is courage based on confidence, not daring, and it is confidence based on experience.

Edward R. Murrow Who owns the patent on this vaccine?
Jonas Salk  Well, the people, I would say. There is no patent. Could you patent the sun? 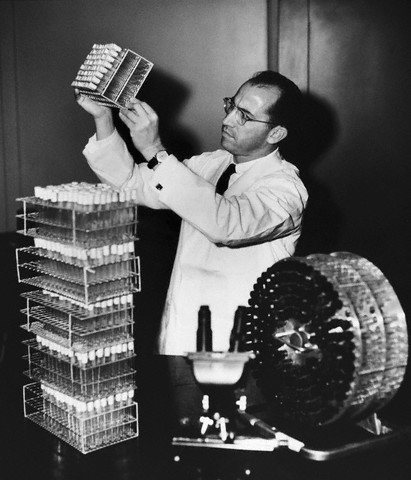