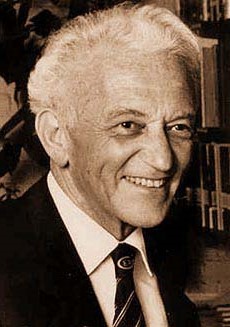 The Father of CPR Taught "Regular People" How to be Lifesavers

We want you to meet our friend resusci-Anne…only problem, this poor plastic lady has just had a heart attack!  Never fear – Thanks to Peter Safar and his method called CPR ("Cardio Pulmonary Resuscitation"), Anne and millions of other around the world can be saved!

Peter Safar was born in 1924 in Austria.  Both of his parents were doctors and great role models, so it inspired Safar to study medicine as well.  When he was studying surgery at Yale he realized that surgical techniques would not be able to progress without better life support. This led to his career in anesthesia and interest in resuscitation, both inside and outside of the operating room.

In the 1950s, Safar turned his curiosity to emergency aid outside the hospital and wanted to devise a life-saving plan that could be taught to regular people.  In 1957 he wrote about the ABC of life support.  Airway, Breathing, Circulation.  He performed daring studies of mouth-to-mouth ventilation on his colleagues at Johns Hopkins, using curare, an anesthesia to make them unconscious and paralyzed.  He coined the expression “cardiopulmonary cerebral resuscitation – CPCR” which was later shortened to CPR, making Safar, the “Father of CPR”.  He began an advocacy program, meaning that he told the general public that they could help someone who had collapsed at home or on the street.  In 1958 Safar worked with Bjorn Lind to create a full size mannequin to teach people how to do CPR. This mannequin, Resusci-Anne, could receive mouth-to-mouth resuscitation and she had a spring attachment in her torso to be used for chest compressions.  Since then, many students have been taught to check if a patient is unconscious by gently shaking the doll and calling, "Annie, Annie, are you OK?", then beginning the process of breaths and chest compressions.  Today, over 60% of people know CPR!

Peter Safar is also credited for helping to create the very first intensive care unit in the United States and the first paramedic service.  He was known for spending his career giving life to others and has said, “I made use of the opportunities that life offered to do some good."  Safar wrote, in addition to over 1400 scientific publications, a set of rules to live by.  In his "Peter's Laws for the Navigation of Life," subtitled "The Creed of the Sociopathic Obsessive Compulsive", Rule # 20 states ‘Death is not the enemy but occasionally needs help with timing’ and Rule #22 says:  ‘It’s up to us to Save the world’.

If you sing The Bee Gees' song, “Stayin' Alive,” you'll have perfect rhythm, hitting the 100-120 beats per minute required for ideal chest compressions.

Peter Safar's Laws for the Navigation of Life
No. 2: When given a choice -- take both!
No. 12: When faced without a challenge, make one.
No. 21: When on thin ice, dance.Youtube Video on How to Perform CPR
https://www.youtube.com/watch?v=-NodDRTsV88&ab_channel=CincinnatiChildren%27sKey Contributors
James Elam
James Jude
Guy Knickerbocker
William Kouwenhoven
Peter Safar
Links to More About the Scientist & the Science
Safar Still Dynamic When He Was 78 Years Old
http://www.post-gazette.com/lifestyle/20020331safar0331fnp2.asp
Safar's Wikipedia Page
http://en.wikipedia.org/wiki/Peter_Safar
CPR's Wikipedia Page
https://en.wikipedia.org/wiki/History_of_cardiopulmonary_resuscitation
© 2009 - 2022 ScienceHeroes.com