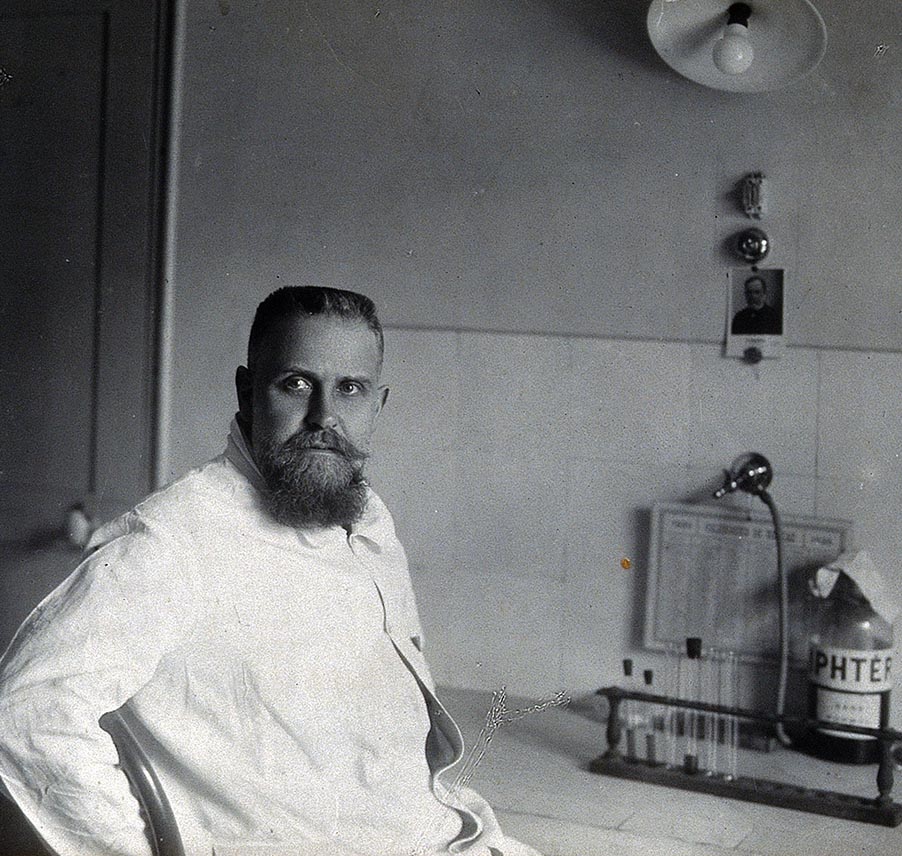 Alfort Veterinary School is where Gaston Ramon got his start in medicine. And, given the nature of scientific research, it makes perfect sense. Animals are critical to the research and discovery of new treatments and Ramon's specialty was the study of serums. Ramon put his training to good use, and he was the final link in the chain of development of an effective vaccine to fight diphtheria. While others had already identified the diphtheria and tetanus toxins, Ramon set about producing safe antitoxins for both the diphtheria and tetanus toxins. His discovery allowed the antitoxins to be mass-produced, providing the first effective means of combating diphtheria on a wide-scale basis.

Diphtheria is a horrible disease, often referred to as the "strangling angel," because of the suffocating membrane that can form over the throat and tonsils. It's a highly infectious disease, typically spread from person to person through coughing or sneezing. Initial symptoms appear two to five days after infection and may include a sore throat, swollen glands, hoarseness, difficulty breathing, and fever. Some people may suffer only a mild reaction, but diphtheria may be fatal for others. It is especially life-threatening to children - up to 20% may die.  Before a vaccine, it killed 15,000 people a year in the U.S. The complications include toxic damage to the heart muscles (diphtheric myocarditis) and to the peripheral nerves (neuritis). Diphtheria is rare in developed nations, thanks to widespread vaccination programs, but continues to be a serious threat in developing nations.

Formaldehyde would seem like an unlikely resource in developing a life-saving vaccine. But, that is exactly the critical component Ramon brought to his research. He discovered that by degrading the diphtheria toxin with formalin (an aqueous solution of 40 percent formaldehyde) he could produce a stunning result: an antitoxin weakened to the point it would not cause active disease, yet still potent enough to produce an immune response. This was the critical breakthrough. These vaccines are known as "anatoxins," or "toxoids," and continue to be the basis of the diphtheria antitoxins produced today.  Canada was among the first nations that implemented mass immunization programs. By the 1930s the vaccine became common in the U.S. and deaths plummeted.

The adage "blood is thicker than water" seems especially apt in Ramon's case. Not only did he specialize in the study of serums, he also married into the family of one of the leading researchers of his day. His wife was the great niece of Emile Roux, a student and coworker of Louis Pasteur. Roux was instrumental in the founding of the Pasteur Institute where Ramon completed his breakthrough in the diphtheria vaccine. Roux himself did significant work in the development of a serum therapy against diphtheria - a foundation upon which his great niece's husband successfully built.

But Ramon was not finished.  He teamed with a medical doctor, Christian Zoeller to bring his formalin method to tetanus.  Together, they produced a vaccine for it in 1926.  Then in the 1930s they developed a method of combining vaccines so that one shot would provide prevention of diphtheria and tetanus.

In 1903 one Kansas family with nine children lost all but one child to diphtheria within a month.

The diphteria vaccine does not target the bacteria that causes the disease, but binds to and neutralizes the bacteria's toxin.

Another Lifesaving Scientist on Our List Made a Tetanus Advance
Thomas Peebles, who is on our list for helping develop the Measles Vaccine, also researched the tetanus vaccine. At the time tetanus was a yearly vaccine. He found that the doses were as much as 2,500 times the amount needed.  Then he demonstrated that a smaller dosed booster shot every ten years would suffice, saving lots of poked arms.