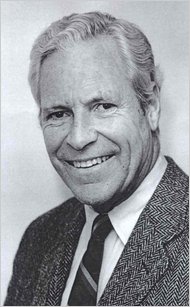 In 1954 Thomas Peebles was a Harvard Medical School graduate working in Pediatrics at Children's Hospital in Boston when he was approached by Dr. John F. Enders, a Harvard virologist, with an intriguing proposition -  would he be interested in joining Enders to work on isolating the measles virus? Peebles jumped at the chance. His first challenge was to obtain active cultures of the virus. He enlisted the help of students at a nearby school who were suffering from measles. But, the cultures turned up nothing more significant than cold sore viruses. So, Peebles asked a colleague, a mathematician, if he could take a culture from the throat of his eleven-year-old son, David Edmonston who was suffering from measles at the time. This time, he was successful and the "Edmonston strain" became the foundation for the development of the measles vaccine. Peebles worked with several others, under Ender's direction, over the following four years to develop the vaccine that was effective against measles.

Peebles Made a Second Major Vaccine Discovery, About Tetanus
At one time, the tetanus vaccine was given yearly.  Peebles  analyzed the dosage given and the amount needed for a good antibody reaction.  He found that the doses were as much as 2,500 times the amount needed. Then he demonstrated that a lower dosed booster shot every ten years would suffice, saving lots of poked arms. Snippets
Measles is one of the world’s most contagious diseases. It is spread by coughing and sneezing, close personal contact or direct contact with infected nasal or throat secretions.

The virus remains active and contagious in the air or on infected surfaces for up to 2 hours. It can be transmitted by an infected person from 4 days prior to the onset of the rash to 4 days after the rash erupts.

Measles outbreaks can result in epidemics that cause many deaths, especially among young, malnourished children. In countries where measles has been largely eliminated, cases imported from other countries remain an important source of infection.

No specific antiviral treatment exists if one catches the measles.