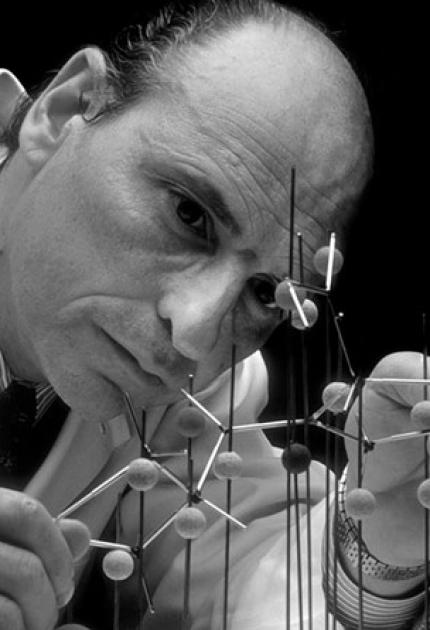 Miguel Angel Ondetti had to work hard to become a scientist. Graduating from a trade high school, he was denied admission to The University of Buenos Aires. Undaunted, he eventually earned entry, but had to work as a bookkeeper in the mornings to support himself. He impressed at least one professor, for when he graduated he received a scholarship to work at the pharma company, Squibb’s, Argentinian Institute, where he would work and obtain a PhD in Chemistry.

In 1960 he was offered the chance to move to the Squibb Institute for Medical Research in the U.S. Given two days to think it over, he and his soon to be dentist wife, assented, a move that would turn out to be permanent. He liked the scientific atmosphere: “Even though I was always interested in chemistry that was connected with biology, it is more difficult to have that connection when you are working in a completely academic chemistry department. It’s much more feasible when you work in a pharmaceutical company. And I think that’s one of the key points of my career.”

Eventually he began working on an enzyme, ACE with David Cushman. Beginning in the 1950s insurance companies noticed that hypertension, aka high blood pressure correlated with shorter lifespans. Then the Framingham Heart Study showed that high blood pressure correlated with cardiac events. Hypertension was known as the silent killer because there were rarely any symptoms. But there were catastrophic results – heart attacks and strokes. Decade after decade, studies showed that lowering blood pressure to normal levels increased lifespans by delaying heart attacks, strokes, and other maladies.

In looking for drugs to lower blood pressure, an early hypothesis was that the kidney’s had some control over blood pressure through the renin-angiotensin system, involving the angiotensin converting enzyme (ACE). For six years they labored to find something to inhibit ACE, trying 2,000 some odd compounds. Some were interesting and they learned a lot about the enzyme, but nothing they found seemed to have commercial potential. So the company decided to stop the research on ACE inhibitors, going so far as to assign Ondetti to antibiotics.

Then on a March afternoon in 1974, reading literature involving peptides on ACE, Cushman had an epiphany. As Ondetti tells it, “When Dave saw that paper, it wasn’t that he believed that the compound was going to be an inhibitor of ACE, but he thought that, well, this enzyme was closely related to a converting enzyme and since enzymes do belong in families and have similar mechanisms, maybe one could use the same rationale (to proceed in that direction in their research).”

Ondetti goes on to say, “We didn’t officially seek permission or approval of the new project as such—for a number of reasons. One of them was that we had a certain degree of flexibility in terms of work that we could do so that we didn’t have to actually report every single compound that we made.”

As Cushman tells it, this time rather than testing thousands of compounds, they tested compounds by design. In the next year, following a logical sequence designed to confirm the active site interactions they now proposed, they went through only 60 compounds before finding one with optimally effective binding. That compound achieved a remarkable 2,000-fold increase in ACE inhibitory potency! The drug – Captopril, turned out to have a quite simple chemical structures and to be one of the most optimized drugs to be studied for any indication at Squibb.

Ondetti says, “I guess we didn’t quite believe it until we had seen two key experiments. First of all, you could achieve inhibition of the ACE orally with a milligram and that was unheard of and very striking. And the second thing is that the key screen for antihypertensive agents were the spontaneously hypertensive rats. When we found that captopril was very potent on those rats, we knew that we had a very potent drug.”

“As a matter of fact we sort of argued, sort of haphazardly, with management that we should be sure that we looked for other compounds to be sure that we had the best compound, but nobody wanted to listen. They said, “This is it. This is our candidate and now we have to make so many kilograms to do toxicology and we’re going to Phase 1 trials.”

Captopril proved to be the first of a whole new class of blood pressure drugs – the ACE inhibitors (ACEI). It is one of five types of drugs physicians use to lower patients’ blood pressure, lengthening and enhancing their lives. It was approved by the FDA in 1981 and it and it’s derivatives have become mainstays in the blood pressure medicines physicians prescribe. Captopril also is approved to treat heart failure and kidney disease.

Lives Saved:  Over 55,000,000
Snippets
He told me that they had decided that I was going to join the team of peptide synthesis. I was a little bit disappointed because peptide synthesis for a chemist is considered by many, kind of repetitious. But I was very soon taken over by the tremendous value of peptides in biology, by the large variety of biological functions that are controlled by peptides.
- Miguel Ondetti

When I took 3 milligrams that I had managed to purify and asked if it was enough to test, he said it should be enough. Then he called me afterward and told me that to get the compound within the range of the contractile activity of the muscle, it had to be diluted with a liter of water, taken and diluted again with a liter of water and taken again and diluted some more…. I think he said the compound is active at the level of less than a nanogram. At that time I wasn’t very sure what a nanogram was, but I was impressed by how peptides could be kind of boring for a chemist but very important for tissues.
- Miguel Ondetti

For developing an innovative approach to drug design based on protein structure and using it to create the ACE inhibitors, powerful oral agents for the treatment of high blood pressure, heart failure, and diabetic kidney disease.
- The Lasker Foundation upon awarding David Cashman and Miguel Ondetti the Lasker Award 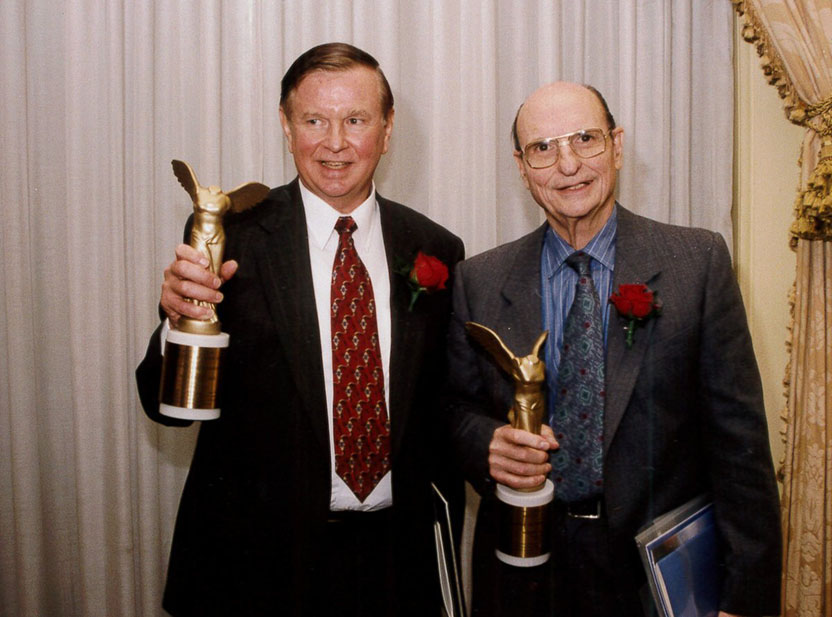