Vaccines Are One of Modern Medicine's Biggest Successes

Last century smallpox killed over 300 million people – more than the population of the United States, more than all the wars of the Twentieth Century (WWI, WWII, Vietnam, The Holocaust, etc). But now no one even has to get vaccinated for smallpox. No one suffers, no one dies for smallpox was eradicated by a vaccination campaign begun in the 1960s. Unlike penicillin, vaccines don’t cure, they are preventative – no suffering, no death. Most people growing up after the 1990s have never had smallpox, measles, mumps and a host of other common diseases, due to their grandparents’ generation starting the childhood routine of getting vaccinated.

Vaccines are Ubiquitous & Omnipresent Throughout Our Lives
It is bizarre that vaccines are controversial, when virtually everyone has had vaccines. The average person born today may get 70+ vaccines in their lifetime. There are 31 childhood vaccines (counting booster shots). Over 90% of people have received some of these vaccines. Virtually everyone constantly benefits from vaccines.

Vaccines Are Not Only For Our Own Benefit - They Are Also a Gift Others Give to Us & We Give To Others
Some diseases survive by using humans as hosts, then those hosts pass the disease on to others, like a game of tag creating a human chain of hosts. Vaccines work by stopping that game of human tag. But one person getting vaccinated will not stop a disease. A large portion of the population has to get vaccinated to stop all the chains. Choosing to join this vaccinated population is a gift we give to our fellow humans by refusing to tag others with a disease.

If a Flood is Coming – Build a Barrier
If a flood was coming and people knew it would threaten their town unless a barrier was built, most people would willingly pitch in to help with filling and stacking sandbags.

If a Disease is Coming – Build a Barrier
A contagious disease is the same – without building a barrier it will encroach upon the town’s people, harming and killing. Correspondingly, most people pitch in and get vaccinated, creating a barrier to keep out the disease.

Getting Vaccinated Is One Of The Most Important Ethical Decisions You’ll Make In Your Life
There are only three things most of us do that can kill someone. So, these are the three most important ethical decisions we make in life.

Vaccines are Not Risky
The government has monitored vaccine risk for more than 50 years. The Vaccine Adverse Event Reporting System (VAERS) keeps track of adverse vaccine reports. From this data studies are conducted. There is also the US National Vaccine Injury Compensation Program that compensates injured parties. It is unlikely any deaths occur that are not reported for the loved ones of those victims would be giving up money.

Covid Vaccine Safety
The Covid Vaccines are new and are being heavily monitored. 9,000 people a day die in the U.S., so coincidentally some of the people who get a vaccine will die in the days after they get it. But there have been a few suspicious sicknesses and deaths that may have been caused by the 200 million plus vaccines given so far. 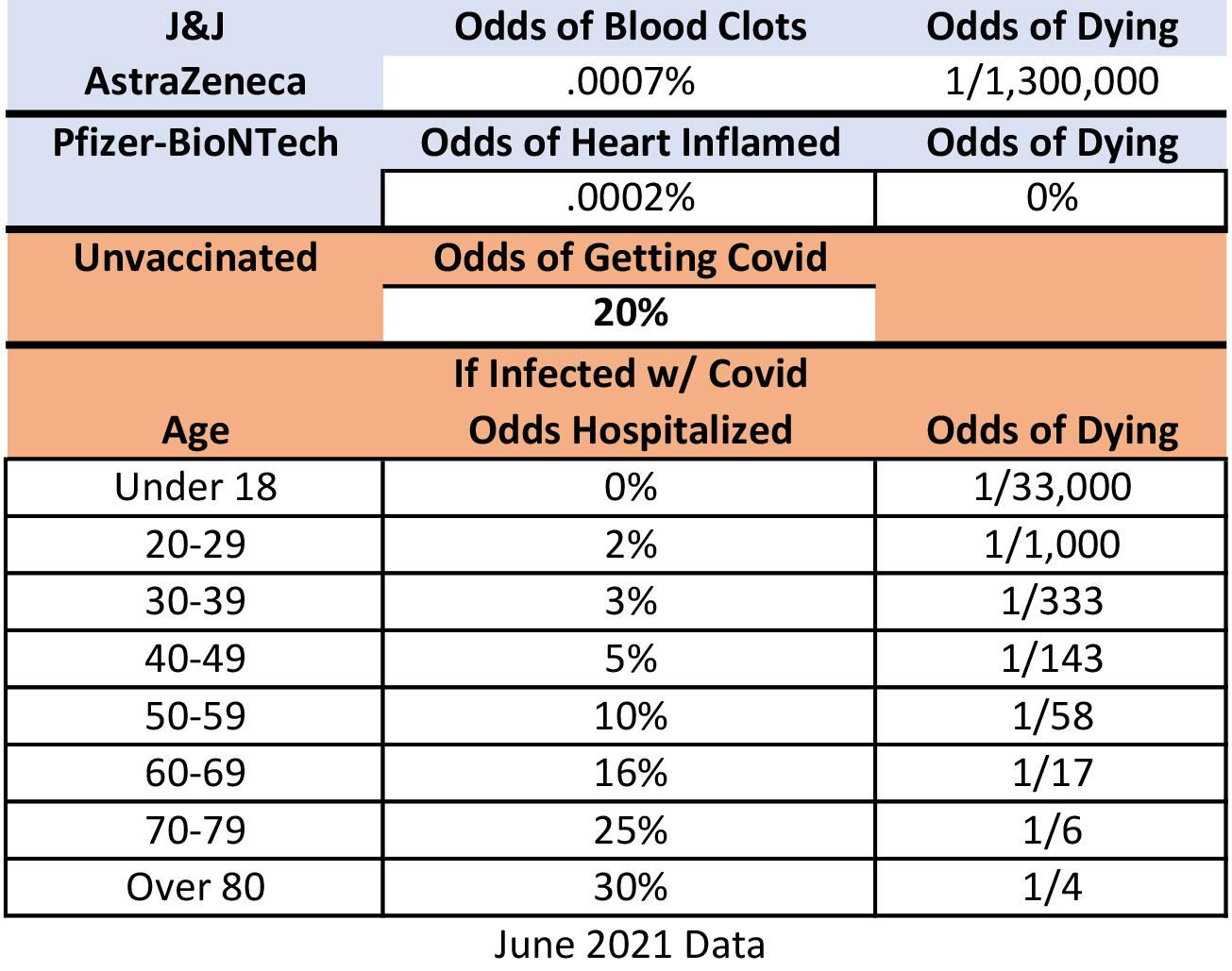 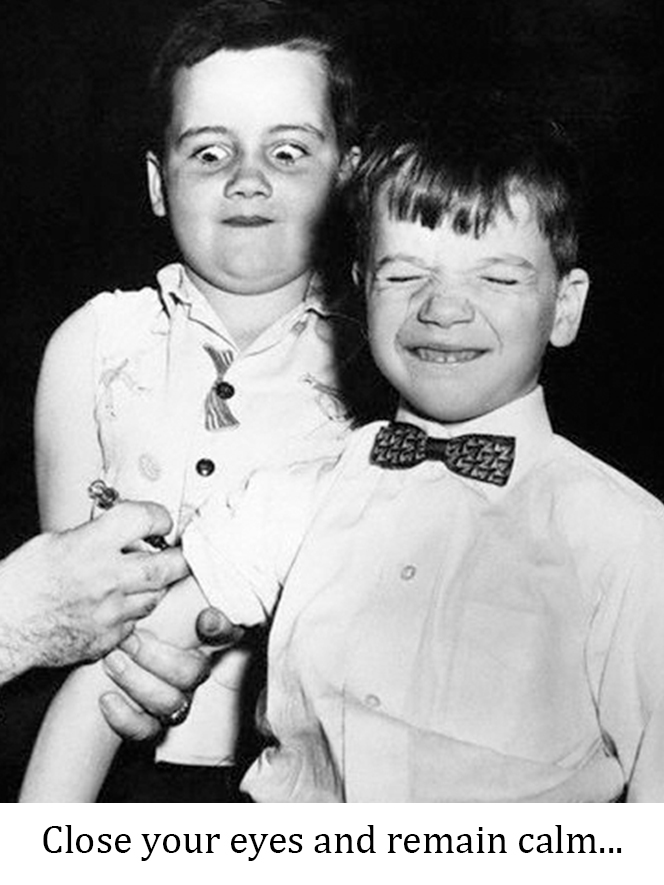 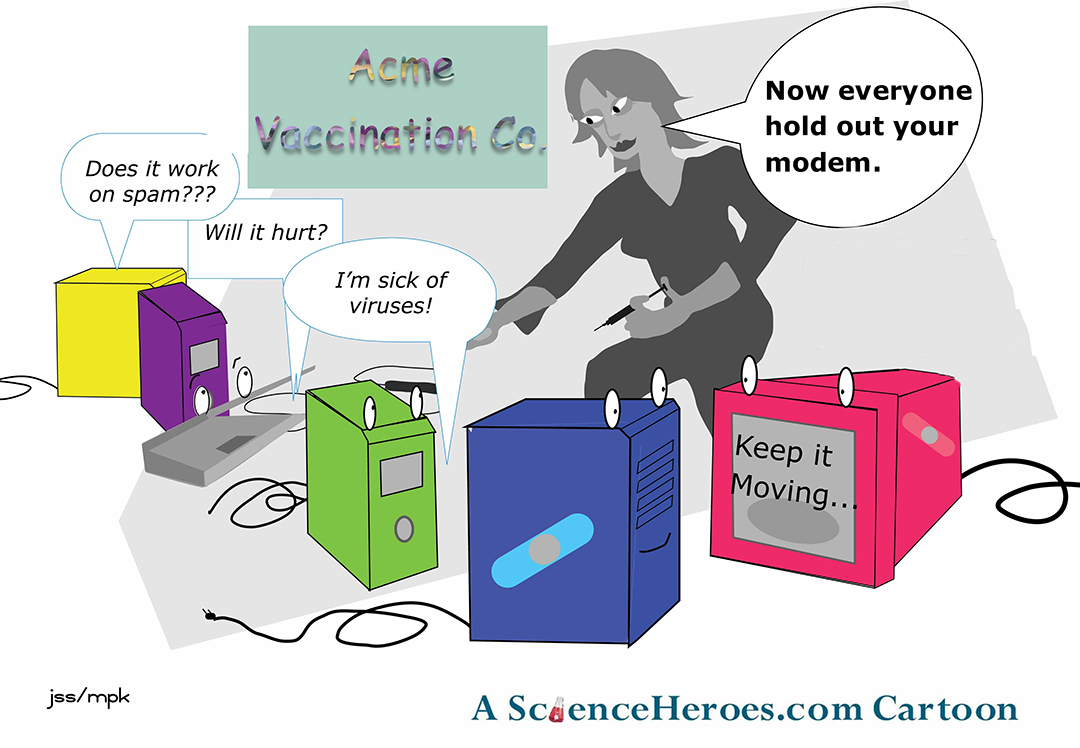 Antivaxxers Can’t make Evidence Based Decisions
One study found that over 60% of the population cannot make evidence-based decisions. Disregarding evidence, these people listen to charlatans and others with non-evidence based agendas.
Antivaxxers are Hypocrites, Claiming Vaccines are Risky While Practicing Much Riskier Behaviors
Nothing is riskless, but these are the U.S. stats based on a billion vaccines given the past 30 years

Antivaxxers are Self-Destructive People, Stimulated By Playing Russian Roulette
Many people get thrills from risky behavior. They refuse to wear seatbelts, to go to the doctor, to wear masks or get vaccinated. Essentially, these people play Russian Roulette with their health. Each day as these people survive taking risks, they feel lucky, special to God, or better than the average person. Most people give them a pass because they refuse to listen to anyone anyway and are only hurting themselves. But being antivaxx is different – they are hurting others.

Refusing vaccination is playing Russian roulette with other people’s lives. Few diseases are like the Black Plague in Medieval Europe that killed 30% of the population. Covid only has a fatality rate around 1%, so there is a 99% chance a self-destructive person who gets covid will survive their game of Russian Roulette.

However, unlike wearing a seatbelt, where only oneself is hurt by being self-destructive, people may pass on the disease to others, even without getting sick or having symptoms. As you pass on the germ, it will continue down a chain of many people, making the odds higher and higher that it will eventually enter someone with health problems or that are old, and kill them. So, choosing not to vaccinate is the ultimate in selfishness – it is refusing to be your brother’s keeper.

Antivaxxers are More Religious Than Others
Many people of all religions get vaccinated. But some people want to be special in the eyes of God. They claim that if God wants them to die from covid, so be it. Oddly, they do not apply this thought to looking both ways before crossing a street or stopping at stoplights. Nor do they ask if God wants them to pass the germ to someone else, perhaps at church, killing them. They do not believe that God gave humans brains to use to make wise decisions and to make vaccines.
Antivaxxers Have Never Been Sick, So Don’t Understand Sickness and Death
Vaccines have been so successful in removing suffering and death, that many younger people don’t know what it is to be sick. They are more afraid of minor vaccine side-effects like a sore arm than of covid.
Antivaxxers Are Afraid of The Newness of Covid Vaccines
Yes, the covid vaccines are new. So also, is the covid virus! Some people cannot process new information, so they freeze.
Antivaxxers Have Inertia
Some people go through life passively, putting their head in the sand and doing nothing, hoping problems such as covid will disappear.
Antivaxxers Are in Denial
Some people create their own reality, and deny anything that doesn’t fit it.

Antivaxxers' Top 10 'Not as Unlikely as You Might Think' Reasons For Being Antivaxx
(Hint: They Are Bad Human Beings)

Antivaxxers Are Attention Whores
Some people like being contrary, because it gains them attention.
Antivaxxers Are Anti-Intellectual
Throughout history people have risen up against educated experts, hating their advice.
Antivaxxers Are Greedy
Since mainly older people die, some children want their parents to die so they can inherit their money.
Antivaxxers Are Sadists
Sadism is real and a bigger cause of people’s behavior than most admit.

Antivaxxers Are Making a Political Statement
Since many from all political parties have been vaccinated, you might think vaccines aren’t political. However, it is political since not all politicians who have been vaccinated advocate vaccines, playing to antivaxx constituents.
Antivaxxers Are Anti-Government
Some people are so anti-government it is amazing they stop at stoplights. These people so hate politicians telling them what to do, they refuse even evidence-based government suggestions.
Antivaxxers Are Atheist Ayn Rand Adherents
The Atheist Ayn Rand was a 1950s writer who advocated extreme individualism, and extreme selfishness. As such, she was radically anti-government.

Antivaxxers are Control Freaks
Intransigent people have narcissist streaks, and refuse to cede control or take advice from anyone.
Antivaxxers are Thumbing Their Nose at Society
A large number of people despise society and purposefully want to separate themselves from the norm.
Antivaxxers Are Too Prideful to Change Their Mind
Having identified themselves as anti-vaxxers, they cannot swallow their pride and admit they can change their mind, even if their life and the lives of their loved ones depend upon it.

How Antivaxx Are You?

1)  Write a paragraph explaining why you think you are a good person, even though you agree if tagged with a preventable disease, to tag other people with that disease, perhaps sickening or killing them:

2)  Copy and paste the below photo beside any of the 22 diseases that are prevented by people getting vaccinated, that you as an antivaxxer want to return to your community. 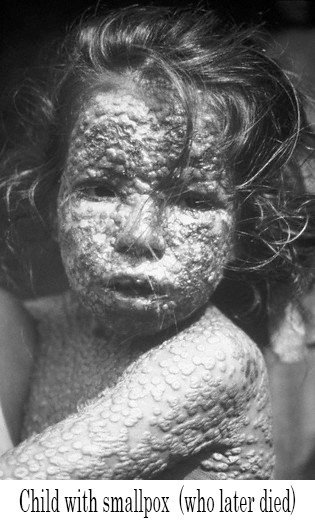 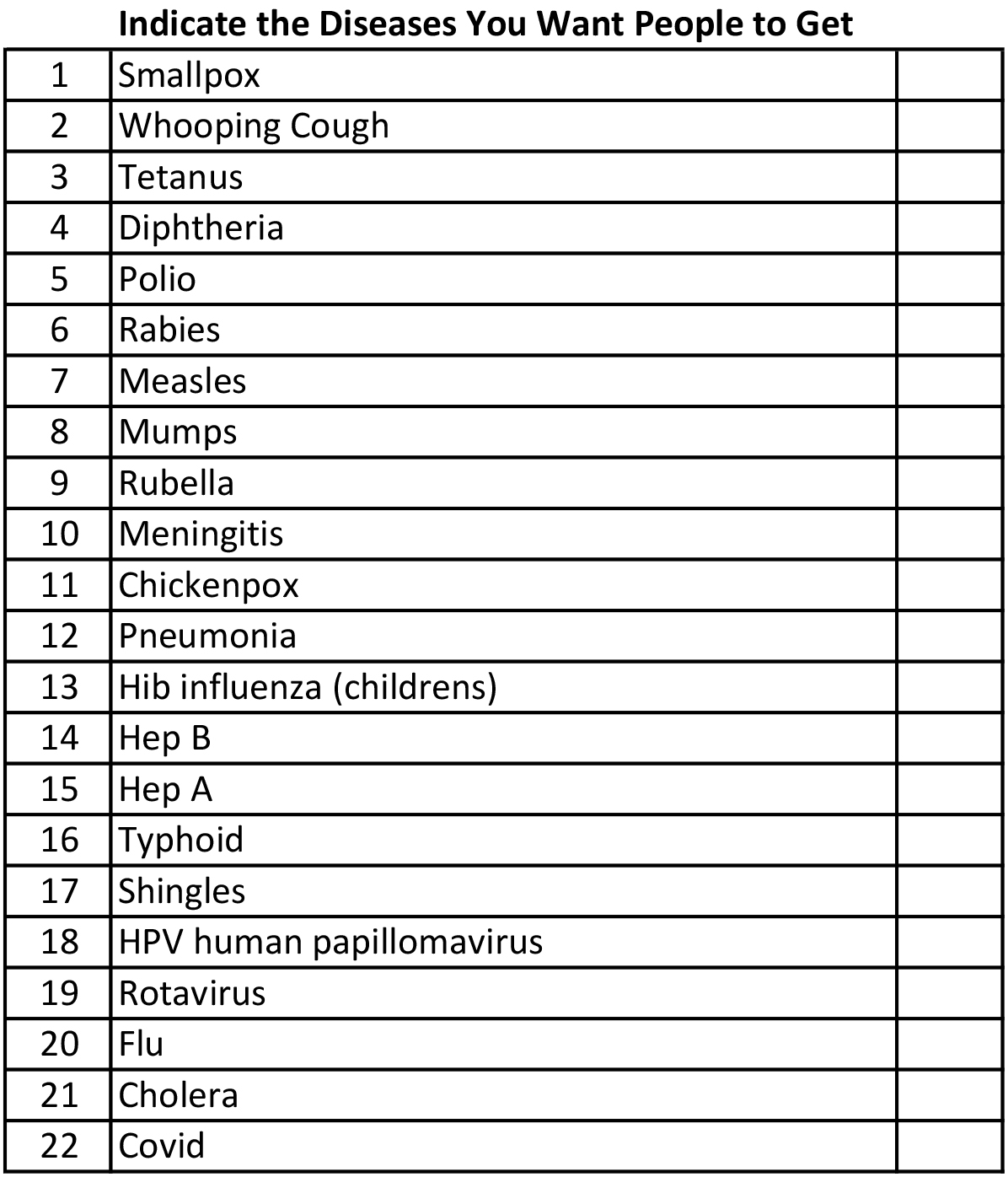 Ben Franklin Choose Not to Innoculate his First Child, Franky

“In 1736 I lost one of my sons, a fine boy of four years old, by the smallpox taken in the common way. I long regretted bitterly and still regret that I had not given it to him by inoculation. This I mention for the sake of the parents who omit that operation, on the supposition that they should never forgive themselves if a child died under it; my example showing that the regret may be the same either way, and that, therefore, the safer should be chosen.”