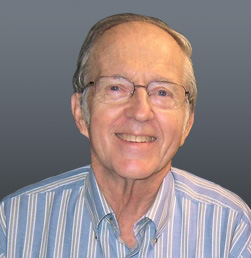 Engineeer's Discovery Leads to the Develpment of CPR!

In 1954 Guy Knickerbocker, a Baltimore native, began working toward his PhD in electrical engineering at Johns Hopkins University in the laboratory of William Kouwenhoven.  Many graduate students work long hours, conducting numerous repetitive experiments, hoping to be part of a scientific discovery that will have a tremendous impact.  Guy Knickerbocker’s hard work and persistence paid off, because it was his key observation that led to the development of devices to restart a stopped or trembling heart and  a method to sustain circulation long enough to save lives.   “ A chance observation to a fertile young mind.” – James Jude, M.D.

In 1958, William Kouwenhoven’s laboratory had received funding from the Edison Electric Institute and National Institute of Health to develop a portable defibrillator that would be useful for electric companies to treat their utility linemen who suffered electrocution.  Knickerbocker was a dedicated researcher, coming in to conduct experiments even on weekends.  One Saturday he made the crucial observation that a brief, temporary rise in blood pressure occurred when the heavy copper electrodes were applied to the chest wall of a dog whose heart had stopped beating.   Knickerbocker told Dr. James Jude, a cardiac surgeon about his finding.  Dr. Jude immediately recognized the significance of the observation, it was external cardiac massage!

The team of Jude, Kouwenhoven and Knickerbocker duplicated and elaborated on the experiments and eventually found that they could extend the time to successful defibrillation (heart re-starting) and survival of a dog to over an hour with external massage by way of chest compressions.  The first documented, successful case of their method being used on a human patient, a 35 year old woman, was in July 1959.

In the early 1960s Dr. Kouwenhoven and either Dr. Jude or Knickerbocker travelled through the United States and Puerto Rico presenting their method of external cardiac massage, combined with mouth to mouth resuscitation to result in Cardiopulmonary Resuscitation (CPR).  Sometimes during the teaching presentations, Knickerbocker would expose his chest, lie down and become the model for the others to demonstrate on.  In 1962 a training video called "The Pulse of Life” was created by Jude, Knickerbocker and Peter Safar.  Kouwenhoven, Jude and Knickerbocker received the Hektoen Gold Medal of the American Medical Association for their work.

Knickerbocker had studied and was quite fluent in Russian.  He travelled to Russia and spent 3 months working on resuscitation research with the Negovsky laboratory in Moscow.  At this time Moscow was still behind Russia’s Iron Curtain, but his visit illustrated that scientific discovery and collaboration could flow freely.

Knickerbocker’s dedication to the perfection and promotion of CPR also had a personal connection; his father had CPR performed on him successfully when his heart stopped beating in 1963 while recovering from a heart attack.

Lives Saved:  Over 25,000,000
Snippets
In 1963, Knickerbocker's father was saved by CPR when his heart stopped beating while recovering from a heart attack 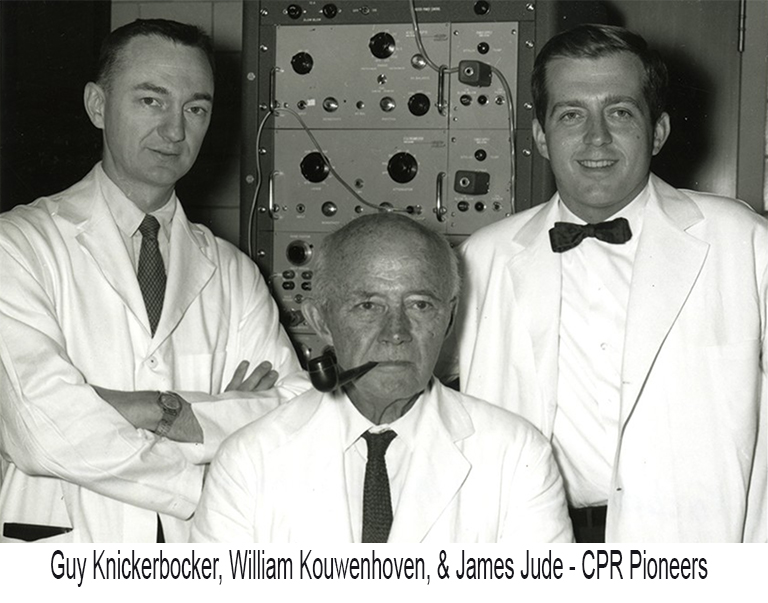