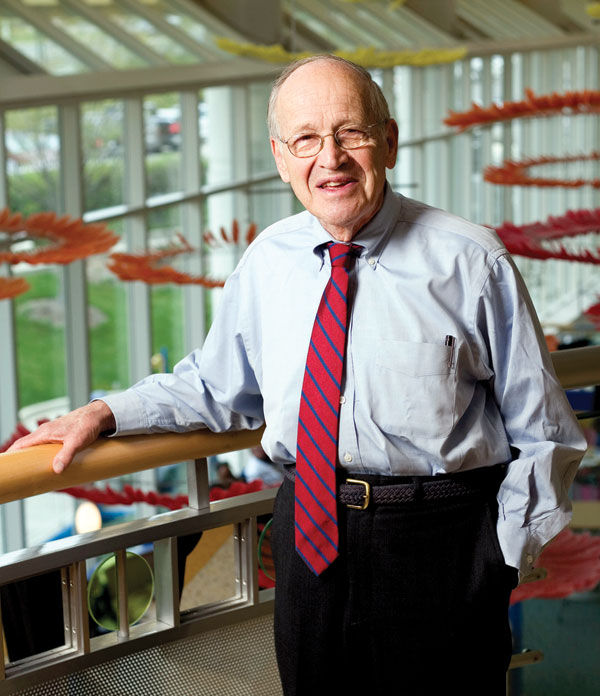 When Samuel Katz completed his medical internship and his pediatric residency he also served as a research fellow in virology and infectious diseases. He then became a staff member at Children's Hospital in Boston, MA and worked there with John Enders for 12 years. Katz became fascinated with the measles virus and in 1958 was instrumental in developing the vaccine using cell-culture techniques and egg inoculations. After preparing safety-tested material for use in humans, he first inoculated himself and then his colleagues in the laboratory. After a series of clinical trials proved the vaccine was safe and effective, the work was published in 1960 and the vaccine licensed in 1963. By 1968 the incidence of measles in the United States had dropped to less than 10 percent.

Katz wanted to reduce the spread of measles worldwide, especially in countries where measles had mortality rates of 5-20 percent. He traveled to Nigeria and conducted studies which once again proved the vaccine to be safe and effective, even in infants who were suffering from malnutrition, malaria and other infections. Encouraged by the results of these studies, in 1978 the World Health Organization (WHO) later began its Expanded Program on Immunization, and included the measles vaccine with vaccines for diphtheria, tetanus, pertussis, polio and BCG (for tuberculosis). At that time, the WHO (World Health Organization) estimated that, prior to vaccine availability, 6-8 million children per year died of measles, most in the developing world.

Samuel Katz made numerous trips to Central and South America, China, Japan, Southeast Asia and sub-Saharan nations where he advocated for the use of the measles vaccine to protect infants and children. He served on committees of the WHO and other groups to improve the availability of measles and other vaccines for all infants and children. In 2003, the World Health Assembly passed a resolution to reduce measles deaths by 50 percent by the year 2005. By 2005, the vaccine had reduced the number of worldwide measles deaths to less than 500,000. Samuel Katz remains active at Duke University and in vaccine policy development nationally and internationally.

Measles is caused by a virus and is one of the most contagious diseases known. Measles virus normally grows in the cells that line the back of the throat and in the cells that line the lungs. The first sign of infection is a high fever, and lasts one to seven days. During the initial stage, the patient may develop a runny nose, cough, red and watery eyes and small white spots inside the cheeks. After several days, a rash develops, usually on the face and upper neck and spreads eventually to the hands and feet. Problems from measles are particularly likely in poorly nourished young children, especially those who have vitamin A insufficiency or compromised immune systems. Children usually do not die directly of measles, but from its complications. The most serious complications include blindness, encephalitis (an infection of the lining of the brain and spinal cord), severe diarrhea, ear infections and severe respiratory infections such as pneumonia, which is the most common cause of death associated with measles.  In 2000 it was estimated that  6,000,000 people a year died from measles, mostly children.  Now in 2021 that number is down to 120,000, all due to the measles vaccine.  About 85% of all the children in the world now receive a measles vaccination.

Snippets
Katz on Being in Nigeria
“The mothers in Nigeria said, ‘you don’t count your children until measles has passed.’” Katz noted that when he first traveled to Nigeria, the mortality rate for measles was as high as 15 percent. At one African clinic, of 555 children who had measles, 125 died. In contrast, American deaths from measles were rare, mainly due to robust nutrition and good access to health care.  Katz realization of the parents' desperate need led him to promote  the use of the measles vaccine globally.

Senior Tim Bai, president of Duke Red Cross, expressed his appreciation for Katz sharing his experiences
“It was great that Dr. Katz came out to speak today because we don’t normally think of measles as being an issue in our world today. But in these developing countries, measles still is an issue—and a lot of people still suffer from it—so anything we can do to raise awareness, anything we can do to fundraise for this cause and reduce deaths related to measles—that’s what we do, that’s part of our cause. Dr. Katz really brought that message out today.” 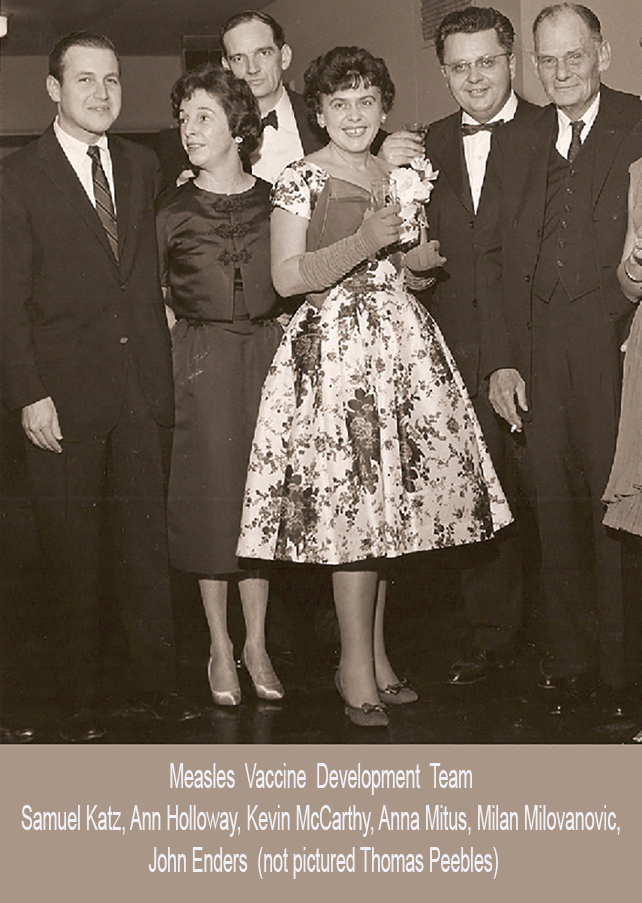