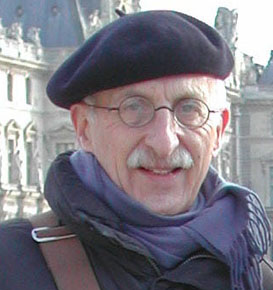 Hirschhorn was both visionary and practical. When he joined the cholera researchers in Dacca, East Pakistan (Bangladesh) he began studying the relationship between cholera and intestinal enzymes. The team was conducting studies on a new therapy known as Oral Rehydration Therapy (ORT). The only current available treatment to combat the dehydration resulting from cholera was IV therapy, a costly and highly technical protocol. ORT proposed to treat patients with a simple fluid mixture they would drink. It was after seeing the initial success of David Sachar's testing of sodium function that Hirschhorn became the driving force behind Oral Rehydration Therapy (ORT) research. The visionary part of him saw the potential for a revolutionary medical breakthrough, and the practical side saw the dwindling supply of IV therapy supplies. His push to conduct clinical trials provided pivotal momentum to ORT, a treatment protocol credited with saving over 50 million lives.

Cholera is a deadly disease that spread from the Ganges delta in India in the 1800s to the rest of the world. It's been responsible for seven pandemics (a worldwide epidemic), resulting in millions of deaths. One of the primary means by which it kills is dehydration, as a result of severe diarrhea and vomiting. In fact, cholera can take someone's life in as little as four hours following onset of symptoms. Undeveloped nations are particularly at risk, as lack of pure drinking water combined with inadequate sanitation facilities allows the disease to spread rapidly. Until the mid-1960s the only accepted treatment was intravenous therapy, a costly and highly technical method. Oral Rehydration Therapy (ORT) burst onto the scene as a lifesaving alternative thanks to the efforts of Norbert Hirschhorn, David Sachar, and others. Hirschhorn and Sachar expanded upon the work previously completed by Robert Phillips. Though Phillips had come painfully close to proving the effectiveness of ORT several years earlier, he became disillusioned when a clinical trial he directed resulted in the death of several patients. Ironically, it was under Phillip's directorship that Hirschhorn and Sachar completed their work on ORT. Their findings confirmed a simple mixture of water, glucose, and sodium given orally was effective in fighting cholera.

Hirschhorn's colleague David Sachar had devised an apparatus that allowed him to test the body's transport of sodium, a critical factor in fighting dehydration. This proved that even cholera patients retain the ability to transport sodium when afflicted by cholera, and the process was enhanced by glucose. Sachar was quite pleased - Hirschhorn was inspired. He immediately saw the link between this finding and the earlier work of his director, Robert Phillips. Hirschhorn was convinced this retained ability was the key to maintaining a positive hydration level - that cholera patients could indeed be given sufficient oral fluids to replace those they lost through diarrhea and vomiting. But, he faced a surprising hurdle. Both Phillips and Sachar resisted. Sachar felt it would be "premature" to conduct trials. Phillips, having conducted his own failed trial on ORT resulting in several patient deaths, was staunchly against the idea. But, Hirschhorn persisted and used the clinic's dwindling IV therapy supplies as leverage. In the end, he got approval and moved ahead. He tested ORT on six deathly ill cholera patients beginning in late 1966. Hirschhorn confirmed that cholera patients treated with ORT achieved a "net positive" hydration level, effectively absorbing more fluid than they eliminated. When he presented his findings in Dacca, one of the plantation doctors hailed ORT as being one of the most profound cholera treatment developments of the century. Hirschhorn's work laid the foundation for his successors in Dacca, David Nalin and Richard Cash, to make Oral Rehydration Therapy the standard means of treating cholera.

A visionary, a pragmatist - a poet... Hirschhorn is a unique combination of gifted scientist and accomplished poet. In addition to his medical background, Hirschhorn holds an MFA from Vermont College. He was nominated for a Pushcart Prize, and won the 1998 Chester H. Jones Foundation National Poetry Competition.

Snippets
Which medicine has saved more lives than any other and can be made by anyone in their kitchen, back bedroom, shantytown hut or dwelling built of sticks - as long as they have access to clean water?  The answer is:  eight teaspoons of sugar, half a teaspoon of salt and one litre of water.  Mix.  Drink......It requires no specialized equipment; uses ingredients that are ubiquitous and have a long shelf life; has few side effects; and can be made up in any quantity - the prefect medicine.
-Jeremy Laurance, British Journalist on ORT

In October 2006, The Independent, A British newspaper, reported on the greatest achievements in medical science in 150 years.
The second on their list was Oral Rehydration Therapy