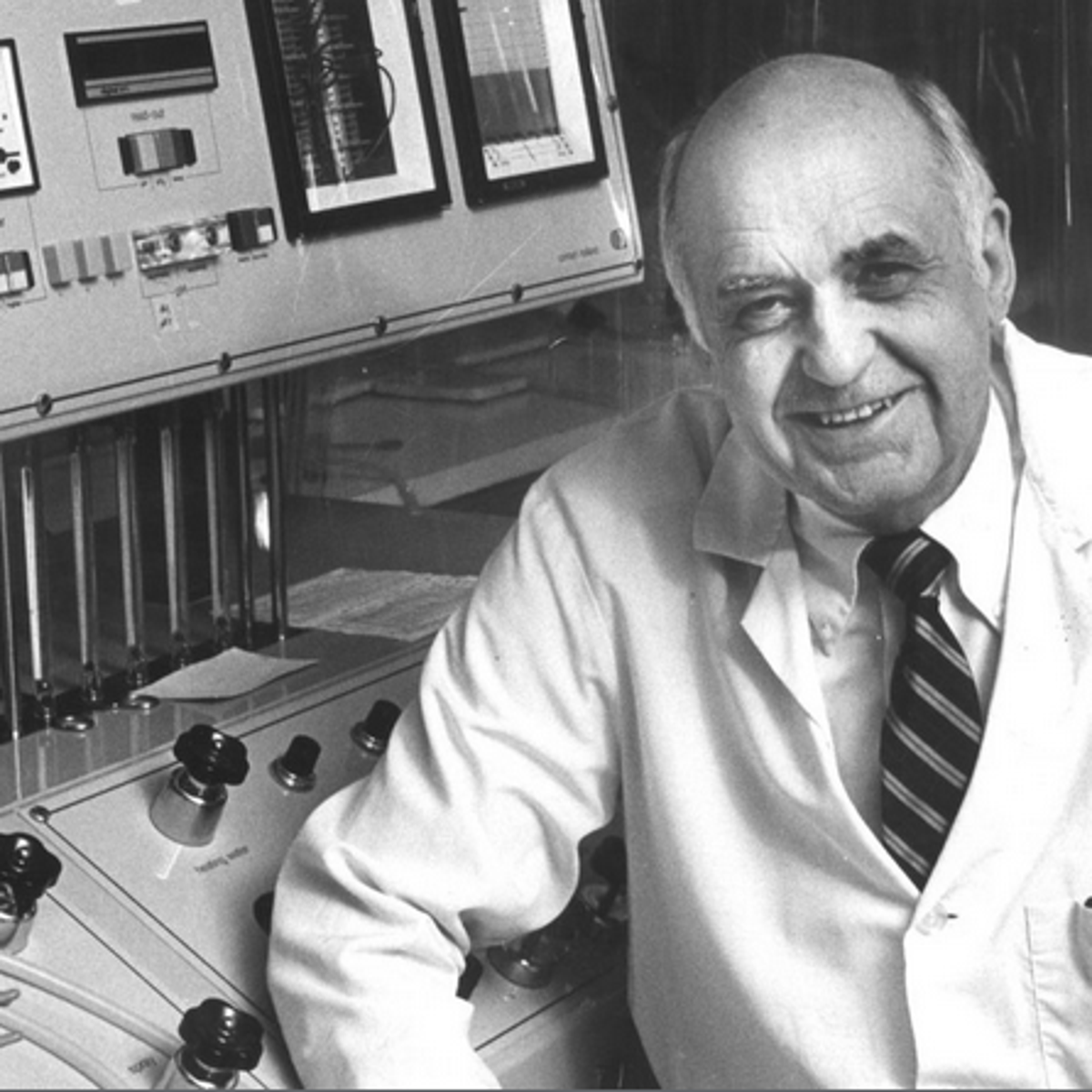 Making the Lifesaving Measles Vaccine Safe for the Masses

Hilleman stumbled upon the works of Charles Darwin in the eighth grade and his future course was set - he went on to study science, eventually earning his doctoral degree in microbiology from the University of Chicago. Hilleman was an amazingly effective virologist, and is credited with inventing over 40 vaccines, including those for mumps, chickenpox, hepatitis A and B, meningitis, as well as measles.

The high plains of Montana appear to have provided the perfect setting for a budding young scientist. Hilleman, who lost both his mother and his twin sister at birth, was raised by relatives on a farm not far from the spot Custer made his famous last stand. Among his other chores, Hilleman cared for, and was fascinated by, the chickens. This was the perfect introduction for his later work in virology, where he would use eggs as hosts to grow and test his viruses.

One of his most significant contributions came while he directed the vaccine development division of Merck & Co. Building on the groundbreaking work of John Enders, Hilleman set out to make Ender's measles vaccine suitable for mass distribution. Ender's vaccine had proven to be too potent, often causing serious rashes and fevers in inoculated children. Hilleman faced an additional obstacle: the chicken embryos in which the measles virus was cultured were themselves infected with a potentially dangerous virus. He located a farm in northern California (Kimber Farms) that was raising virus-free chickens, and he soon struck a deal with the fellow-Montanan who ran the operation. "Montana blood runs very thick," Hilleman reflected, "and chicken blood runs even thicker with me." With healthy chickens, Hilleman patiently weakened the measles virus, step by step, until he reached the perfect level of active virus: just strong enough to trigger a response and produce antibodies, but without causing serious side effects. Then, with this accomplished, he could produce a new vaccine with more benefits and fewer drawbacks.

Measles is caused by a virus and is one of the most contagious diseases known. The virus normally grows in the cells lining the back of the throat and those lining the lungs. The first sign of infection is a high fever lasting one to seven days. During this initial stage the patient may develop multiple symptoms, including a runny nose, cough, red and watery eyes, and small white spots inside the cheeks. A rash develops after several days, typically beginning on the face and upper neck, and then spreading to the hands and feet. Poorly nourished children are at an increased risk of contracting a severe case of measles, especially those who have a vitamin A deficiency or whose immune system is compromised. Childhood deaths are usually caused by the complications associated with measles. The most serious complications include blindness, an infection of the brain and spinal cord (encephalitis), severe diarrhea, ear infections and severe respiratory infections, such as pneumonia, which is the most common cause of death associated with measles. Due to widespread use of Hilleman's vaccine, U.S. cases range from the 10s to the low 1,000s. Vaccination has been the key. An estimated 85% of the world's population now gett a measles vaccine in childhood.  As a result, there has been a significant reduction in estimated global measles deaths. In 2000 it was estimated that  6,000,000 people a year died from measles, mostly children.  Now in 2021 that number is down to 120,000, all due to the measles vaccine.  About 85% of all the children in the world now receive a measles vaccination.

Hilleman went on to work on other diseases. Of the 18 childhood vaccines routinely recommended in current American vaccine schedules, Hilleman and his team developed eight: those for measles, mumps, hepatitis A, hepatitis B, chickenpox, Neisseria meningitidis, Streptococcus pneumoniae, and Hameophilus influenzae bacteri.

Hilleman graduated from Montana State University, which he described as a “no-nonsense institution where professors taught and where teaching assistants did not exist.”

In 1944 he was awarded a PhD in microbiology and chemistry from the University of Chicago. Hilleman told his professors he was going into industry, where he thought he would be best positioned not only for conducting research, but also for ensuring and expediting clinical applications. His professors told him that he belonged in academia and that they had not trained him for a career in industry. Hilleman strongly disagreed, maintaining that academic institutions lacked the resources to move scientific innovations forward and to market.

He spent his career at E.R. Squibbs and Sons and then in 1957 at Merck, primarily making vaccines.

During his more than 60 years in research, he earned a reputation as an often harsh and impatient, tangling with industry and government bureaucracies. Hilleman defended his pushy and prickly behaviour, as crucial for science to advance. 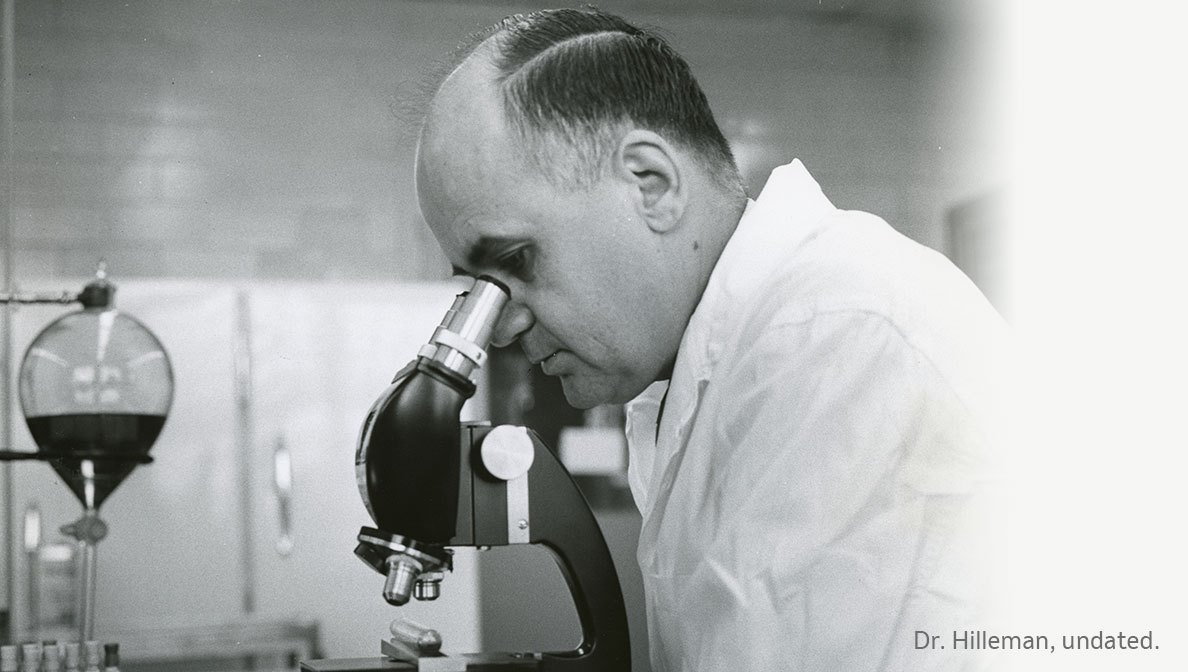 Books About the Scientist
Vaccinated: One Man's Quest to Defeat the World's Deadliest Diseases. By Paul A. Offit. Harper Paperbacks, 2008.