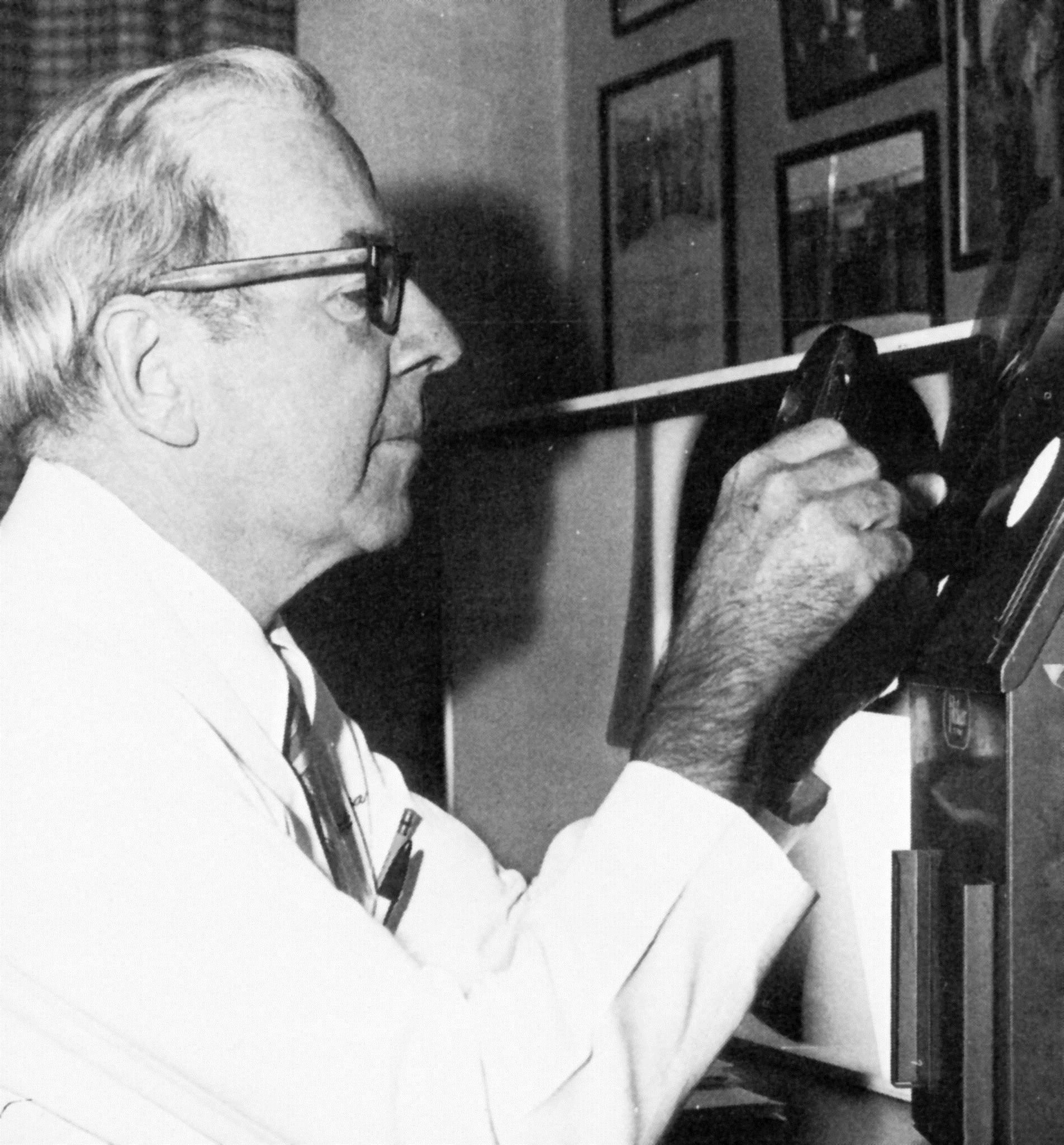 His Improvements Standardized Mammography and Led to it Becoming Routine

Robert Egan had an auspicious start at school. In 1920s Arkansas he attended a one-room school and refused to continue in first grade – because he was     bored and already knew how to read. The same thing occurred for second grade. Finally, in third grade he relented to going, but his teacher quickly   bumped him to fifth grade. The precocious boy graduated college at 19 and became a metallurgical engineer in a Pittsburg steel mill. But that didn’t last   either, as he switched to the University of Pittsburg and got his medical degree at the age of 30.

In turn, Robert Egan began his study of mammography inauspiciously. Early in 1956 Gilbert Fletcher, head of radiation at the Anderson Cancer Center at   UT, where they worked, was confronted with a woman whose breasts were diseased such that they could not be examined. He told Egan, “You are a   diagnostic radiologist – start doing mammography.” Egan later stopped him in the hall and asked him what he meant by mammography and how it was done. Fletcher told him it was soft tissue roentgenography of the breast, but that he had no specific knowledge of the technique. At the time, breast X-rays were more an art more than a science, often irreproducible and of varying image quality.

Egan set about changing all of that, using his engineering background. He tested X-ray machines, their settings, X-ray film, and X-rayed all sorts of animate and inanimate objects until he perfected getting good soft tissue images. At first pathologists were amused by Egan’s attempts, but quickly became interested when his diagnoses began appearing in their patients’ charts before they had done their own biopsies, often in lesions difficult to find using their own methods. Egan could repeatedly find breast cancers that were undetectable using their methods.

In 1959, Egan published a combined mammography technique that used a high-milliamperage–low-voltage technique, a fine-grain intensifying screen, and single-emulsion films, thereby decreasing the radiation exposure significantly from previous x-ray techniques and improving the visualization and reproducibility of screening. In 1960, Egan reported on 1,000 mammography cases, demonstrating the ability of proper screening to detect unsuspected cancers and to limit mastectomies on benign masses. Of 245 breast cancers ultimately confirmed by biopsy, 238 were discovered by mammography, 19 of which were in women whose physical examinations had revealed no abnormalities. One of the cancers was only 8 mm in diameter when sectioned at biopsy.

These findings encouraged the U.S. Public Health Service and the National Cancer Institute to create a study which involved 24 institutions and 1,500 patients. The results showed a 21% false-negative rate and a 79% true-positive rate using Egan’s technique. This was a milestone for mammography screening. The national study established that Egan’s technique could be taught to others and his results reproduced, that mammography could differentiate between benign and malignant lesions, and that it could be used to screen for cancer in asymptomatic women. “Egan was the man who developed a smooth-riding automobile compared to a Model T. He put mammography on the map and made it an intelligible, reproducible study. In short, he was the father of modern mammography,” said Gerald Dodd, MD.

Egan also promoted mammography, overturning a lot of entrenched medical practice. He said, “It’s a great tragedy for a patient to have delayed diagnosis of a breast cancer because a recent excision of a benign lesion was performed, giving both the patient and physician a false sense of security. Any patient who has a lesion that suggests suspicion of cancer, should have the benefit of x-ray examination of the entire breast and the opposite breast for the possibility of diagnosing a nonpalpable (discovered by touch) breast cancer.” He also said, “Women find about 95% of their own breast cancers themselves and this is followed by an unknown fear-packed interval before treatment starts. Mammography, with its magic X-ray appeal, is proving quite useful in getting patients to the physician sooner.”

The survival rate of breast cancer patients is much higher if the cancer has not entered the lymph nodes. By finding cancer earlier, before it has spread, the survival rate is much better. Since the 1970s mammography has become routine. Since 1990 it has reduced breast cancer mortality in the U.S by nearly 40%.

Snippets
Early Detection Works
If the invasive breast cancer is located only in the breast, the 5-year survival rate is 99%.Key Contributors
Warren Stafford
Raul Leborgne
Robert EganLinks to More About the Scientist & the Science
Taboo Organ: How a Pitt Alum Refused to Let Mammography Be Ignored, By Rebecca Skloot