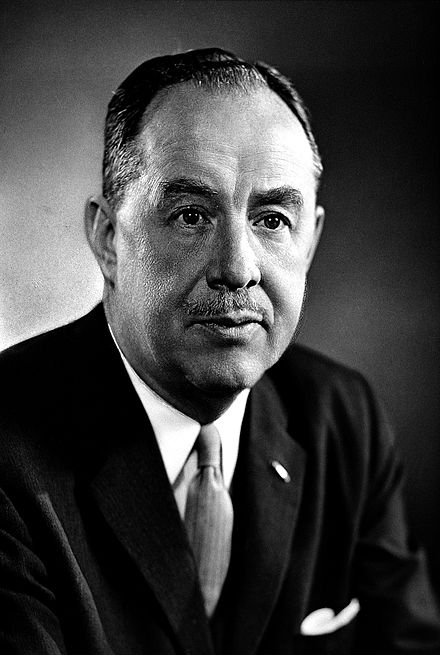 You Can Get a Flu Vaccine at Your Pharmacy Today Because of This Man!
Francis learned the value of hard work and dedication early in life. His father worked as a steelworker in western Pennsylvania, but still found time to serve as a part-time minister on the side. Francis applied these same lessons to his studies and earned a scholarship to Allegany College. He continued on to Yale for medical school.  After graduation in 1925,  he was asked to join a research team at the Rockefeller Institute. He accepted and began cooperating in developing vaccines against pneumonia. But, to the great benefit of mankind, another disease captured his attention -  influenza. Francis poured himself into his research, and became the first American scientist to isolate the influenza virus. He later developed a vaccine to fight against it.

Influenza is a potentially devastating infectious disease, commonly spread through coughing and sneezing in humans. The disease is also spread through contact with the infected droppings of birds and other animals. Initial symptoms include fever, headache, tiredness, cough, sore throat, runny or stuffy nose, body aches, diarrhea and vomiting. More serious cases may lead to pneumonia, which may be fatal, especially when contracted by young children or frail, older adults. Prior to Francis’ development of the vaccine to fight against it, influenza claimed millions of lives worldwide. Descriptions of human influenza date back over 2,000 years, and it has been responsible for several pandemics or worldwide outbreaks. Francis had seen one such outbreak in his lifetime, the 1918 flu pandemic that infected a third of the world's population and killed over 20 million people.

In 1941 Francis was appointed director of of the commission on influenza of the Armed Forces Epidemiological Board. He worked closely with the military as the human influenza virus had dealt the armed forces a huge blow during World War I, and the military was determined not to let it happen again. That year, Francis also joined the newly formed School of Public Health at the University of Michigan. It was here that the “magic” began. Francis and his team not only isolated the influenza virus, he also showed that more than one strain of the virus existed. This is particularly relevant today, as year-by-year new flu vaccines are reformulated to fight against the most dominant strains. Francis also developed the first effective vaccine to fight against influenza. Previous efforts at a vaccine had been with a live, attenuated vaccine, that had not proven very effective. His was a “killed-virus” vaccine. This type of vaccine uses a dead influenza virus. Since the virus is dead, it can’t give the disease, but it still causes the body to react and develop immunity. Getting a virus to the point of going into a vaccine is a complicated adaptation process. In Francis's time, one batch involved 77 passages in  mice; 717 passages in cell culture; 30 passages in chick embryos; 5 passages in ferrets; and 50 passages in chick embryos.  This killed-virus vaccine continues to be the method used in influenza vaccines today.  Francis developed a bivalent vaccine, covering two strains of influenza. It was tested in 1943 where it was found that 2% of the vaccinated came down with the flu, while 7% of the unvaccinated got sick with the flu. It was distributed to the armed forces in 1944 and to civilians  in 1945.

Scientists have constantly been working to improve the vaccine. Through the years the vaccine has changed from Francis' bivalent (two strain) vaccine to a trivalent and now a quadrivalent vaccine in science's never ending quest to keep us safe.  In the past 10 years scientists have developed ways to culture the virus used for the vaccine only in cells, skipping the chicken eggs.  If a pandemic occurs like 1918, this method might allow quicker development of the vaccine and of getting the vaccine to the public.

Lives Saved:  Over 10,000,000
Snippets
The famous Jonas Salk, developer of the polio vaccine, was mentored by Thomas Francis, who taught him the methodology of vaccine development at the University of Michigan.

Though today it’s common to refer to the “24-hour flu,” this less serious illness is actually unrelated to influenza – its cause is gastroenteritis, an inflammation of the gastrointestinal tract.

Scientists don’t simply guess at which virus will be predominate each year. They constantly test all over the world for changes in the strains of virus infecting people. Then they create vaccines from this surveillance. However, sometimes a virus mutates and gets out into the population between the time of testing and delivery of the vaccine, making it less effective that year.

Some years they are spot on. Between 1987 and 1997, 5 of the 10 seasons the match was perfect for all three strains of the trivalent vaccine.

Links to More About the Scientist & the Science
The Evolving History of Influenza Viruses and Vaccines
https://www.medscape.com/viewarticle/812621_2
Thomas Francis's Wikipedia Page
https://en.wikipedia.org/wiki/Thomas_Francis_Jr.
© 2009 - 2022 ScienceHeroes.com