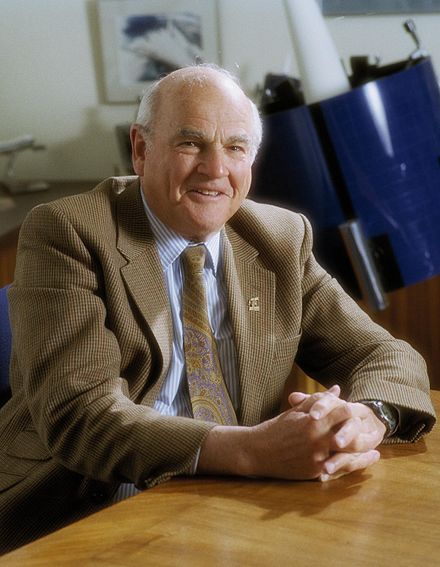 Discovered Hepatitis B, Its Blood Test, and Its Vaccine

When a keen mind encounters a surprising set of facts, the most amazing things occur. Baruch Blumberg is a prime example of applying the wisdom bought with years of experience to a set of unexpected data.  While in medical school, Blumberg spent time in Moengo, Suriname, an isolated mining town in Northern South America that was accessible only by river. He provided a variety of medical services to the natives and also completed the first malaria survey in the region. It was during this field trip that Blumberg first became interested in the impact of inherited traits on the susceptibility to disease, an anthropological line of study that took him around the world, sampling the blood of many diverse peoples. Some viewed this type of work as more fun field trip, than science. But Blumberg’s work would prove otherwise.

Blumberg developed a unique method to test the blood samples he acquired: he used hemophiliac patients. His reasoning was really quite brilliant. He knew hemophiliacs would have been exposed to blood serum proteins they themselves had not inherited through their multiple blood transfusions. This would cause their body to produce more antibodies than an average person.  In effect, the hemophiliacs acted as reservoirs of the blood properties of many individuals, allowing Blumberg to produce a wide array of antibodies to use in testing his collected samples. It was a match between a New York hemophiliac and an Australian aborigine that proved to be a huge breakthrough.

He called the protein match the "Australia antigen." Antigens are molecular structures on the outside of pathogens or germs. They normally trigger an immune response. Blumberg’s team connected its presence with hepatitis B infection. It proved to be the hepatitis B virus’s (HBV) surface protein. The discovery of the hepatitis B virus earned Blumberg the Nobel Prize in Medicine in 1976.

Hepatitis B is a serious viral disease of the liver. It is over 50 times more infectious than HIV. It is spread through contact with the blood or bodily fluids of an infected individual, through sex, the exchange of contaminated needles among drug users, or it can be passed from mother to child at birth. At the time Blumberg was working on Hepatitis B, people receiving blood transfusions could catch it through transfused blood.

The acute form of hepatitis B may last only a matter of weeks and half the time there are no symptoms. But for some, especially infants and the young, it develops into a chronic disease. Those with chronic heptatitis B may do fine, but for some the disease eventually attacks the liver. The liver is an essential organ, responsible for filtering toxins out of the blood, helping absorb nutrients, and producing substances that fight off infections. Hepatitis B can damage the liver, cause liver failure, lead to liver cancer, and can be deadly. There was no cure.

Blumberg’s discovery had a dramatic effect on hepatitis B research, because the hepatitis B virus could not be cultivated in the lab. So, the Australia antigen served as a substitute for the whole virus, and it could be used for experiments. Working with Irving Millman and others, Blumberg was able to develop a reliable blood test for hepatitis B. This was essential for safer blood transfusions, allowing donated blood to be tested and that with hepatitis B to be discarded. Later, they were able to relate hepatitis B to causing liver cancer.

Further, Blumberg and Irving Millman did what scientists do for an incurable disease - they sought to prevent the disease by creating a hepatitis B vaccine. Since hepatitis B can lead to liver cancer, one of the deadlier cancers, the vaccine can be considered the first cancer vaccine, as well.

Though Blumberg was only studying the impact of inherited traits, and was not looking for hepatitis B, his wide open curiosity led him to connect diverse dots into the remarkable discovery of hepatitis B, and then set off on solving the major problems caused by the deadly disease. Today, there are still 30 million new cases of hepatitis B each year worldwide. It is still a scary disease since half the time those infected show no symptoms and there is still no cure. Some of those infected will end up as part of the 300 million people with chronic hepatitis B. And for some the disease will harm their liver.  Over 800,000 people still die each year from hepatitis B. This is why it is so important for children to be vaccinated – with no cure, prevention is the best solution. The vaccination is highly effective and can provide lifetime protection.

It seems fitting that Blumberg, while in his seventies, continued to explore. This time the exploration took place while he served as the Senior Advisor for Biology to the Administrator of NASA. Apparently not satisfied with having traveled to the ends of the earth, Blumberg felt drawn to a program whose motto was "Life beyond its planet of origin." While at NASA, Blumberg studied the impact of space travel on human health.

An Explorer or a Researcher?

Hero
In 2013, investigators in Taiwan published a 30-year follow-up on the results of their Hepatitis B vaccination program.
The number of infected people in the vaccinated population decreased from 20% to 2%
Chronic liver disease and liver cancer deaths decreased by 90%

Blumberg traveled the world to study blood in many populations