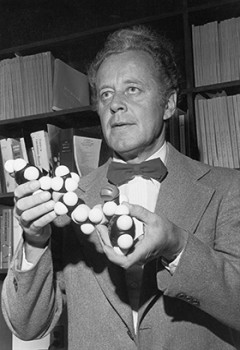 Human immunodeficiency virus (HIV) was first found in West Africa, with the first confirmed case being recorded in 1959. The virus slowly spread across Africa and then, in the late 1970s and early 1980s, exploded throughout other parts of the world. HIV is the underlying cause of AIDS, a disease that attacks the immune system, and is passed from person to person through contact with bodily fluids. As AIDS progresses, individuals become less able to ward off infections and fall prey to a variety of diseases that they would  have fought off easily with their normal immune system. Health officials initially thought the disease was limited to homosexual men living in large metropolitan areas. But, they quickly discovered that both hemophiliacs and heterosexual intravenous drug users were also being infected. Two French virologists, Luc Montagnier and Francoise Barre-Sinoussi initially discovered that the underlying cause of AIDS was a retrovirus. This was a major breakthrough, allowing other scientists to develop treatments, and AZT became the first drug approved to fight AIDS.

Belleau was both a scientist and a pragmatist. He was a brilliant thinker and always on the leading edge of scientific theory. His insight into the workings of drugs on the molecular level laid the groundwork for both his own research and for the research of other scientists. But theory was not enough to satisfy Belleau. He was intent on seeing his research yield practical results - that meant real drugs helping real patients. So, when he turned his attention to the plight of AIDS sufferers in the mid 1980s, he was determined to develop a drug that was superior to the one on the market, AZT.

With AZT, over 90 percent of patients treated with it developed resistance within the first year of treatment - and experienced significant damage to their immune systems. Belleau and his colleagues wanted to develop a treatment that would fight AIDS, but avoid the side effects of severe pain, bone marrow destruction, and anemia. They succeeded with the unique 3TC treatment, also known as lamivudine.  3TC works by preventing the HIV retrovirus from altering the cells’ genetic structure. This slows the spread of AIDS within the body, as new cells are no longer susceptible. Though 3TC doesn’t repair the damage already done to existing cells, it offers widespread protection to the remaining uninfected cells. Best of all, it achieves this without the debilitating side effects patients had previously experienced.

He also enlisted the help of two colleagues, Francesco Bellini and Gervais Dionne, to help turn the lab drug into a commercial drug. The trio formed their own drug-development company and began work on the anti-AIDS drug. 3TC was approved and came to market in 1995. The introduction of 3TC was a significant advance in the fight against AIDS. Together, with AZT and a third protease inhibiting drug, the HIV cocktail was born.  When the three were combined in 1995, the death rate plummeted more than 60% the first two years it was available.  Today this lifesaving therapy can reduce HIV viral loads to negligible amounts in the body and is known as ART (antiretroviral therapy). See the Step by step history of the lifesaving drug cocktail below.

Though Belleau is today most widely know for his development of the anti-AIDS drug 3TC, he first grabbed international attention for the development of a pain reliever. In the mid-1970s, Belleau developed a morphine substitute known as Butorphanol, a pain reliever with far fewer side effects. Butorphanol was found to have over five times the potency of morphine. Today, Butorphanol is often used to relieve post-surgical pain and in the management of migraine headaches.

How to Make a Lifesaving HIV Drug