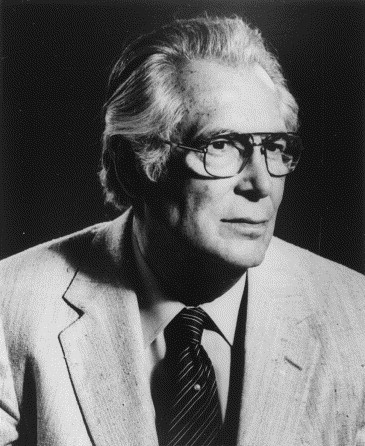 Some scientists speak big words that make no sense to most of us and live a seemingly humdrum life in the lab or university. But a few like Al Sommers or Bill Foege use big words (ok, all scientists do), but also live the life of an action hero that would make a great movie. Robert Goetz lived just such a heroic life.

He grew up in WWI Germany, living with his grandparents in the Black Forest and attending a one room school. A bright boy, in the early 1930s he went to med school, but he was so poor he had to work his way through school, at times at a jail where his only meal of the day was obtained getting in line with the prisoners. Still he shined, even inventing a device to measure peripheral blood flow, which garnered his first published academic article. But just then, Adolph Hitler and the Nazis imposed their maniacal will. Goetz wasn’t a Jew, but he didn’t want to be a Nazi. Yet, he had no choice. In 1933 the Nazis turned studying medicine, like everything else in the totalitarian state, into a test of political fealty. All med students were automatically put into the Nazi party and forced to keep a Book of Duties, noting their attendance at Nazi marches and other functions. Goetz got around this by working nights at a veterans mental asylum, taking the patients to the rallies as spectators and caring for them, rather than saluting Hitler.

When he finished his studies, he resigned from the Nazi party. That upset his professor, who scolded him: “You are an idiot, Bobby. Why don’t you make Heil Hitler? In two years it will be over with the paperhanger!” Though Goetz passed his MD exam summa cum laude, he was denied his medical degree because the Nazis declared him “politically unreliable.” So he stuck the 10 marks he had to his name in his pocket and left Germany for Switzerland. With no degree to show his medical qualifications, he luckily found help from one of his former professors who had also escaped Germany. He got him a job where his research was eventually accepted as a thesis for the MD degree.

Goetz used his degree and recommendations to get a job in Edinburgh, Scotland, but then had to leave, this time because he was a German. He moved to South Africa where all started off well, but then when South Africa entered WWII, they became suspicious of him, again because he was German. Finally, when the war ended he could live a normal scientist’s life. Ever curious, touring the African bush, he wondered why giraffes didn’t have high blood pressure, swinging around that huge neck (see below).

His research and widespread published blood circulation articles earned him academic acclaim. And when the Albert Einstein College of Medicine was created in the 1950s, he was recruited as head of cardiovascular surgery and of the research laboratories. So at the age of 47, he passed the American Medical Board Exam and started over yet again.

In late 1950s America there was a lot of interest in high blood pressure and heart problems. There are many heart problems other than heart attacks. Some of them reduce the flow of blood to the heart which can cause angina, chest pain. Angina is evidence something is wrong with the heart, and it couldn’t always be alleviated by medicine. In fact, it could be debilitating and lead to death.

That’s when coronary artery bypass grafting (CABG to the medical profession), aka heart bypass surgery, was proposed. The idea was that if the arterial blood flow to the heart became obstructed, it could be surgically rerouted or otherwise repaired. In addition to angina, CABG could potentially relieve left ventricular dysfunction, and correct any of the arteries that may be obstructed or otherwise problematic.

Goetz’s team began by experimenting with coronary artery bypass surgeries on dogs. Obviously the heart keeps the patient alive, so there was much involved and many problems had to be overcome. Early on there were many experimental methods tried by many scientists, such as which arteries to reroute, how to connect arteries, by suturing or by using connecting devices, just to name a few.

Once he had enough dogs living, and had practiced the surgery to become quick and adept at it, Goetz was ready to move this specialized surgery to helping patients. On May 2nd, 1960, he performed the very first coronary artery bypass surgery in history on a 38-year-old taxi driver at Van Etten Hospital, The Bronx, NY. At the time, the cab driver suffered such debilitating angina that he needed 70-90 tablets of nitroglycerine just to get through a day.

Thanks to the practice on dogs, one of the most important arterial connections, an anastomosis, he performed in just 17 seconds. Weeks after the operation, an angiogram taken to visualize the man’s repaired arterial system, showed everything connected and working well. In fact, the operation was a huge success. The patient remained free of angina for a year, but then succumbed to congestive heart failure a couple months past that year.

This was a landmark surgery, by all accounts a success, but it was Goetz’ only coronary artery bypass surgery (CABG). Goetz explains why:
“You wonder why I did not pursue the subject. First, with the exception of the attending cardiologist Dr. Jordan, our medical colleagues were violently against the procedure. We even came in for severe criticism from some of our surgical colleagues. Enlisting the help of Dr. Jordan, we literally had to snatch the patient from the medical department. Second, although the patient did very well our medical colleagues were not impressed. To express it mildly, they were against surgery in general and definitely against the procedure they considered not only highly experimental, but also unwarranted. Third, chairman of my own department thought that I had “too much work” and suggested that I concentrate on vascular surgery and appointed a cardiac surgeon without consulting me. I tried, but could not convince him to continue in my footsteps.

Goetz lived a life that seemed to be continuously confronted with obstacles. But he was resilient, never losing his scientific curiosity or inclination to learn and innovate, and to help humanity. Now there are close to a million CABG surgeries a year globally. 92% of patients live 5 years. 77% live 10 years. And they have a much higher quality of life those extra years.

Why don’t Giraffe’s Faint?
Goetz wondered, “What about the blood pressure in the giraffe? And why does the giraffe not faint when moving the head suddenly through a circle of 20 feet from the head down position to the upright? And with a trachea 8-feet-long, how does it deal with that large dead space?” 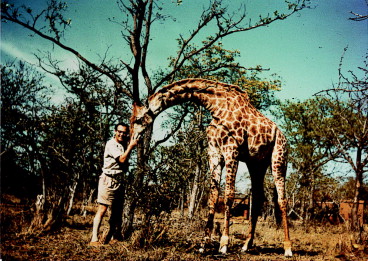 Robert Goetz Quotes
Coming from a well-endowed European department with a longstanding tradition in research and standing for the first time in an empty room in a new building in a strange country I became consciously aware what it means to start from scratch.

My wife was a physician, a graduate of the University of Geneva. She readily assumed the role of a professional assistant, albeit without pay, as she did throughout my career even later at Einstein’s college. 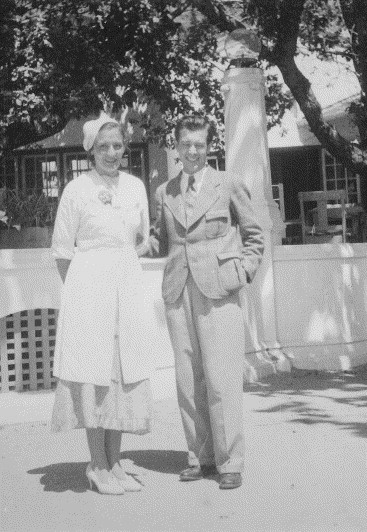