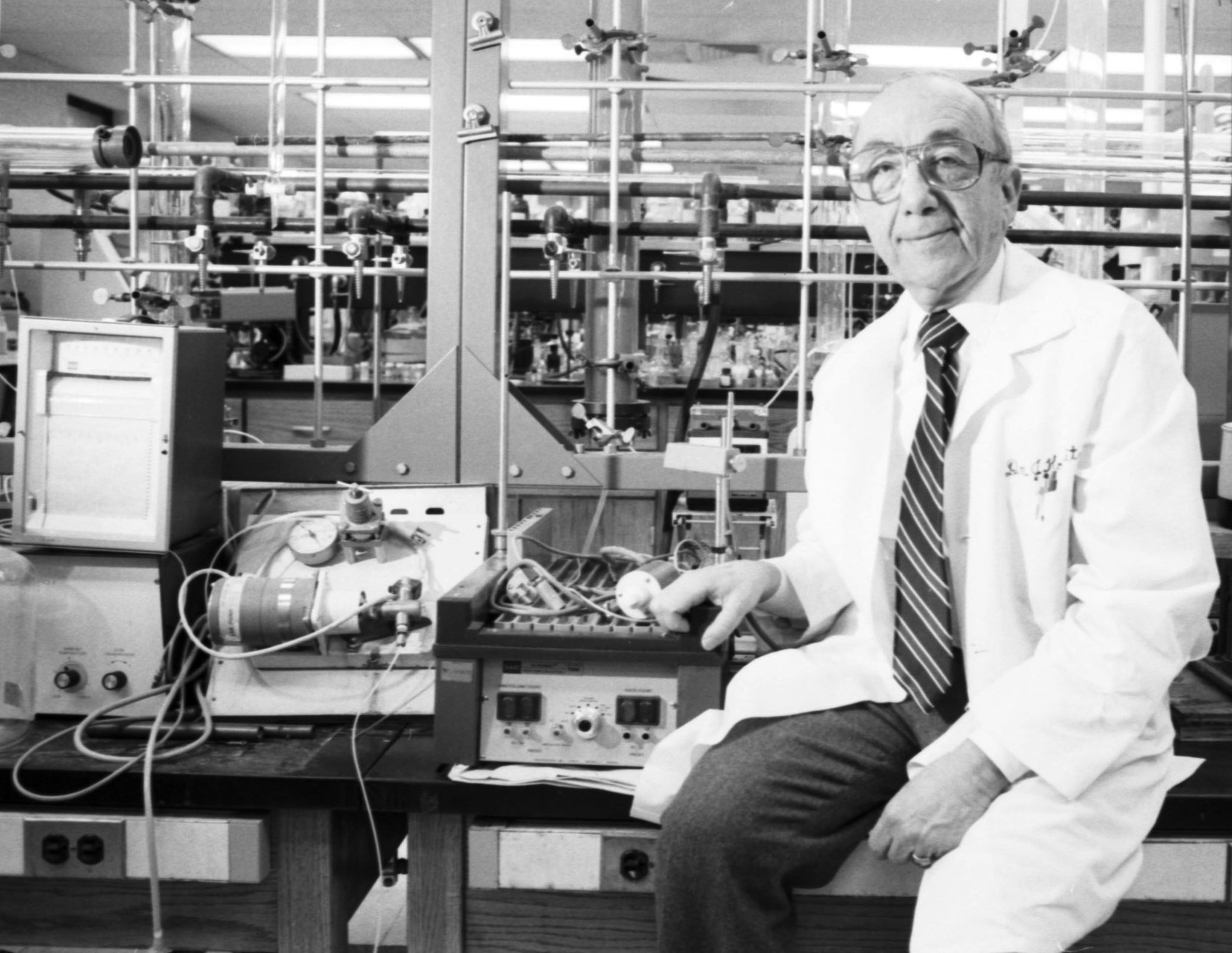 
In 1964 Jerome Horwitz was trying to design a new family of drugs designed to fight cancer. Unfortunately they didn’t work and as Dr. Horwitz told interviewers, when AZT (short for azidothymidine) failed as a cancer drug, he literally put it away on a shelf in disappointment and moved on to explore other ideas, never bothering to patent it. The riches, eventually billions of dollars, went to the drug company that later tested it, patented it, and in 1986 won FDA approval for it as the first proven drug for AIDS. Unfortunately, the drug had side effects and lost effectiveness quickly. But that would only be another temporary setback for this remarkable drug.

AZT had an interesting path to becoming a lifesaving drug, with a new step forward at roughly 10 year intervals. Jerome Horwitz discovered it in 1964, but it didn't cure cancer, so it then lay dormant. Wolfram Ostertag investigated it in 1974 and noted it had antiretroviral properties and that it seemed safe, but retroviruses were not thought to exist in humans, so it then lay dormant. When AIDS arose in the 1980s it was examined amongst all available antiretroviral drugs and found to work. But…it was problematic with side effects and often a loss of effectiveness. Then finally, in 1995s it was added to a drug cocktail of two other drugs and found to work fantastically!

This drug cocktail became known as ART for antiretroviral therapy, and deaths plummeted more than 60% the first two years it was available. Due to this drug cocktail, HIV infection is no longer considered a tragic death sentence. The drug cocktail makes HIV virtually disappear in the human body, and as long as patients stay on their meds, most are expected to live into their 70s.

Dr. Horwitz used to say when asked about his discovery that he had developed, “a very interesting set of compounds that were waiting for the right disease.”  And his wife says, he never did it for the money. He went into science because he wanted to make a difference.” With a smile she added, “He also went into science because he didn’t want to go into the poultry business with his father.”  Good call!